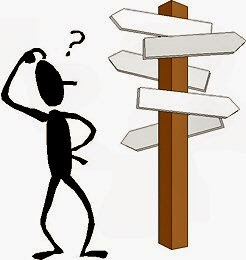 Several years ago while grabbing a sandwich at McDonalds to get me through the work day I found myself having a conversation with another man in line. The subject of the government debt came up and I was somewhat shocked that not only did this man have absolutely no concern over the growing deficit but he went on to state "The government will never run out of money, they will just print more." The part I found troubling was that he didn't seem to connect the dots as to the ramifications of such a policy or simply did not care. It still shocks me that recent polls show many Americans agree with his attitude and view.

I would like to share a comment from a fellow named Art in response to both a recent article I posted and in regard to comments by other readers, it can be found below;

ArtJanuary 16, 2015 at 9:45 AM    You guys know double entry accounting, right? Those govt liabilities are someone else's asset, to the penny. Thus, an aging and/or contracting population might require MORE govt liabilities, not less. And as long as they are denominated in the debtor's currency, solvency is essentially a non-issue. The constraint is inflation, which is nowhere in sight, despite what look like "high" levels of debt.
Also, have you ever heard of a corporate bond analyst comparing a company's debt level to its income? Normally, you compare debt levels to assets, and debt service to income. We should do the same when looking at govt debt. And by that measure, the U.S. is mighty far away from problematic debt levels, unfunded liabilities and all.

To say I differ with Art's opinion is an understatement, especially when he included "unfunded liabilities and all." You may believe what you want, but I caution you if you have any thoughts that the government or central bankers are anything resembling transparent. Both have been superbly entrepreneurial when it comes to generating Ponzi schemes and advancing the art of pseudo-economics. Over the years economic hocus-pocus has masked reality and allowed the current situation to develop. All these games have stirred up a great number of questions to what is real and muddied the water making it almost impossible to get a clear picture of what lies ahead. All the variables and moving parts have made this very confusing and difficult to get one's head around.

The crux of what is before us may hinge on relevant value rather than inflation or deflation. It is possible this is more multifaceted than most people realize and we have been misled into arguing and debating the wrong issue or are viewing the subject in the wrong light. In what is often referred to as the "end game" or the time the global economy will be forced into resetting, I believe the situation will focus on issues of currency and debt valuations. These "debt valuations" will include both government and private obligations. If someone is caught holding a worthless currency or is owed money that is washed away or not "properly repaid" they will suffer greatly. This means some people and countries will be big losers as value and wealth shifts to the "flavor of the day" driven by demand or searching for a safe haven.

A very interesting bond exist between value and wealth. It becomes visible when you dive into the issue of where and how wealth is stored. A surprise to many people is where wealth is stored varies from country to country, this is very important. The reason for this variance may be cultural, based on historic values, in reaction to how an economy developed, or because of tax policies. The example I like to use that illustrates this is house prices in China, they are very important to that country because that is where almost 75% of household wealth is stored. Here in America a very large share of household wealth, approximately 71% is stored in financial instruments. This means the end of the housing bubble in China has the potential to become a huge deflationary "house of cards" while in America it appears financial instruments are more likely to be our "Achilles Heel."

One possible reason that inflation has not raised its ugly head or become a major economic issue in America is because we are pouring such a large  percentage of wealth into intangible products or goods. This includes currencies. If faith drops in these intangible "promises" and money suddenly flow into tangible goods seeking a safe haven inflation will soar. Another possibility is that the dollars role as the world reserve currency and cross-border money flows has acted as a shock absorber lessening the impact of our Federal Reserve policies. Like many of those who study the economy, I worry about the massive debt being accumulated by governments and the rate central banks have expanded the money supply.

This is all rather complex and even our terminology tends to get us in trouble, for example, it is really not an "end game", but rather more of a reset with the game resuming under new rules. Another point is that inflation or deflation often has to do with how it is figured or calibrated and can fluctuate greatly. The root issue being one of relevance, meaning what something is worth in relationship to another item. This can be a difficult concept to convey, it is also hard to internalize by people seeking easy answers. We must realize "relevant values are in constant flux" and this situation is unending as we move forward. By that measure, it is foolhardy for anyone to close their eyes and hope to prosper on luck when we live at a time when values can change in a blink of an eye.

We must make a central part of our overall financial planning the idea that as we move forward we continue to replace diminishing assets for those higher up the chain. If not we risk "dying" a financial death that can come slowly, as value erodes, or quickly such as in the case where we have been scammed or robbed. As I fleshed out this post I found myself questioning exactly how much meat or relevance it contains, but it is clear the concept of "relevant value" is more important than the debate about inflation or deflation when it comes to protecting our wealth.  Remember it is a dangerous world out there where few people hold your financial interest above their own.


Footnote; Added Sept.11,2015  Your comments are welcome and encouraged. If you have time check out the archives for another post that may be of interest to you. The two post below delve deeper into how the value of money can quickly change,