Where Wealth Is Held

A recent article presented to me delved into the subject of high-earning Americans, where their wealth came from, and just as importantly where it was stored. This got me thinking about the so-called wealth effect as well as how all that wealth was held. The really big earners in recent years have benefited greatly from the surging stock prices as much of their income has come from financial markets and gains in equities. Many people seem to think this is the hope of our future. When you have more than you need or want to put money away for a rainy day where do you store it? If you rated people on a "wealth chart" by how many tangible assets they owned you might be shocked to find much of the wealth people own is in paper and this is full of risk. 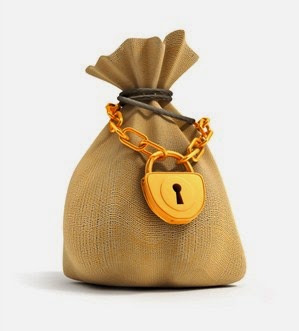 It could be said that "paper wealth" is merely a promise of future value. Unfortunately, this leaves much of society and many rich individuals vulnerable to rapid financial loss if the tides of fortune shift or if values rapidly change. Currently not only are we faced with banks paying little in the way of interest we must also fear they or the government might reach in and seize part of our money. By forcing people to pull their money out of banks and other safe investments in search of higher yields we have driven up stock prices. Some of these stocks have reached unbelievable multiples.

People often do not understand money and wealth. Myths about both run rampant and become intertwined with deeply rooted personal feelings passed down from parents or acquired, these feeling often muddy and skew how people deal with wealth. An example would be anyone who felt deep down that money was the root of all evil would react to winning the lottery far differently than someone with the belief that you can buy happiness. I have even heard poor people say they didn't see much point in winning a lottery of  several hundred thousand dollars because "that's not much money." When the B word "billions" is so prevalent in society today it is understandable many people exist with distorted values.

Truth be told most people are not overly endowed with discipline this includes many people that amass a fortune. This often means that many wealthy people tend to "misplace" or lose track of where they have placed their wealth. Sometimes it is simply put into a system that is on autopilot. Years ago I purchased a property from a doctor on contract. The doctor having bought the property on contract had me just send the payments to the man he bought it from so he would not be bothered. After many years I contacted the doctor to discuss a discount for a cash payoff and his accountant discovered the first seller had been paid off years before and continued taking the money he had no right to. The doctor was shocked and getting his money back proved difficult.

Annuities, pensions, stocks and such promises of future payment tend to dominate the list of favorite vessels in which to store wealth and many of these are leveraged to maximize returns and garner higher yields on our investment. Cash is another option but holding it in your possession leaves one open to theft and means the money will earn no interest. What is often missing or overlooked is tangible fully paid for items and things that are likely to hold their value and in the direct possession of the owner. People tend to avoid tangible assets in their control because they are often inconvenient. Valuables can be a pain to have about and they often need to be insured which also calls attention to their existence.

When you subcontract out control of your wealth or turn it over to a money manager you often get promises but no iron clad guarantee. Confidence in a money manager can quickly be dashed, all the people invested with Bernie Madoff discovered just how suddenly things can go south and promises turn hollow. While it has become both fashionable and common in recent years to let someone else who knows and specializes in financial planning and markets to control this segment of our lives I feel it is a big mistake and a dereliction of duty. Wealth should come with a warning notice saying "Holder Beware This Commodity May Vanish Spoil Or Grow Obsolete At Any Time!"