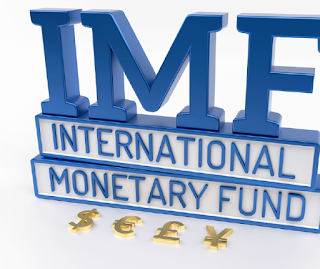 The IMF's primary purpose is to ensure the stability of the international monetary system, this includes the system of exchange rates and international payments that enables countries (and their citizens) to transact with each other. The IMF loans and redistributes money around the world helping to stabilize countries if they are failing or economically unstable but many people do not understand who the IMF is or how it is funded. While the IMF exerts a fair amount of influence, it is political in nature and often seems to push whichever way the wind blows bring up questions as to how muddled this system is. With a loud voice in the process of supporting various countries, the IMF is overrated as to how much it actually contributes to solving problems.

In reality, the organization often uses only a small amount of money to make the very desperate march in line, at times this means not solving problems but helping to kick the can down the road. As to who and what the IMF is, we all know IMF stands for, the International Monetary Fund. It is an organization of 189 countries, working to foster global monetary cooperation, secure financial stability, facilitate international trade, promote high employment and sustainable economic growth, and reduce poverty around the world. It is a way for rich nations like the United States to manipulate, redistribute or loan money to troubled nations without putting the issue out in the open. As an institution the IMF acts as a mechanism to stabilize the world economy, however many countries see it as merely a  glorified mouthpiece for the worlds economic powers seeking stability.

Following its mandate to shore up the weak economies thus protecting loans about to default the mechanisms of economic stabilizers it employes can be used to move, support or break currency trends, some more quietly than others. Currency swaps, both reported, and "unreported" can lead to games, abuses, and the false illusion of stability. For example, Goldman Sachs helped Greece raise over a billion dollars of off-balance-sheet funding in 2002 through a currency swap. This allowed the government to hide debt. Greece had previously succeeded in getting approval to join the euro on 1 January 2001, in time for the physical launch in 2002, looking back we now see this was done by faking its deficit figures.

When the IMF weighs in it adds validity to the message rich countries want to promote, this is often the message of  "be responsible". The amounts of loans and monies promised often do not appear large to many Americans in relation to budgets in the United States. Why do these numbers seem so small? You might think that it is because these countries are so very small but another possibility is Americans are just "crazy stupid" in the way they spend and treat money. With the dollar being the reserve currency of the World we have become a bit warped making it difficult to internalize how large a store of value a billion dollars actually represents.

The IMF is not limited to just dealing with America's neighbors but is currently involved in countries all over the world such as Cyprus, Tunisia, Argentina, Ireland, Greece, and many more. The rapidly changing economic landscape across the world has a way of creating the impression the IMF is putting out conflicting statements. Often their positions appear to be "all over the board" this leads me to believe that while the IMF tries to plug holes and put out fires, they are behind the curve. Part of the problem remains that no "single bullet" will fix all of the worlds economic ills. For example what recipe will allow Caribbean countries to deal with their various problems such as high debt and low growth, while at the same time strengthening their financial institutions. This means the IMF can only jump in and assist and their power is often rather limited.

One of the things the IMF does is to offer countries flexible lines of credit as a way to reassure markets they are following economic policies approved by the Washington-based fund. The IMF said recently reported that it had reached such an agreement with Argentina for a $50 billion credit line to stem a drop in the value of the Argentine peso and shore up the government of President Mauricio Macri, as he accelerates plans to reduce fiscal deficits. The Argentine peso has dropped about 20% against the dollar since late April. Christine Lagarde indicated the fund supports Argentina's plan to try to cut its budget deficit and bring down soaring inflation and said: "As we have stressed before, this is a plan owned and designed by the Argentine government, one aimed at strengthening the economy for the benefit of all Argentines."

While director Christine Lagarde is popular the agency often lacks real solutions and answers for the worlds cash-strapped. Several years ago Lagarde while on the Jon Stewart Daily Show bragged and conceded how bad things were at the depth of the crisis and how they were forced to lie about it, this does wonders for my confidence in the system. Bottom line the IMF is generally behind the curve in our fast-changing world and simply a tool for rich countries to promote their agenda, simply put, the IMF does not have all the answers. While pushing and putting pressure on Europe from the bully pulpit, the IMF lacks the ability to solve really big problems like those facing the euro and what to do with Greece or about Italy's burgeoning debt.
Posted by Bruce Wilds at 10:34 AM