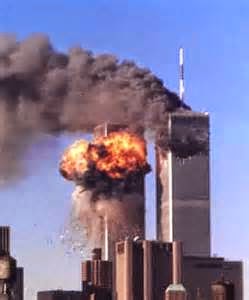 Up to now I have heard little about 9-11 compared to all the coverage made in prior years as the anniversary of this day approaches. In past years we have always had a massive media buildup to the day we know as 9-11. It has not been uncommon for those in the media to stumble over each other in attempts to do something special. The media has reported in deep depth and rolled before us stories that stirred memories of the victims of 9-11 and the scar it left on the nation. So absent is the buildup I"m almost forced to ask, has a gag order been sent out to the main stream media or a request to downplay the day? Has the fear of bringing about attacks or chatter and threats caused the media and politicians alike to go mum? Are we that controlled?

Even as stories and articles dribble out it is nothing like the coverage in the years prior to the attack in Benghazi. As 9-11 approaches it is as if America begins to hold its breath and cross their fingers hoping we never again come under attack. Will terrorists kill innocent civilians in the years to come? Of course. They did so more than 100 years ago, when they were called anarchists—and a responsible nation-state must take reasonable measures to protect its citizens. But there is no way to completely eliminate terrorism.The challenge that confronts us is how we will live with that threat. We have created an economy of fear, an industry of fear, a national psychology of fear. Al Qaeda could never have achieved that on its own. We have inflicted it on ourselves.

Over the coming years many more Americans will die in car crashes, of gunshot wounds inflicted by family members and by falling off ladders than from any attack by al Qaeda. There is always the nightmare of terrorists acquiring and using a weapon of mass destruction. But, nothing would give our terrorist enemies greater satisfaction than seeing how we focus obsessively on that remote possibility, and restrict our lives and liberties accordingly. Knowing another attack will occur and it is merely a question of when not if, we should remain prudent but, we should not stray into where we are paranoid.

In an opinion piece written by Ted Koppel and printed in the WSJ on August 7, 2013 titled;  "America's Chronic Overreaction To Terrorism" Kopple delves into terrorism over the last several decades and makes several strong points. Kopple wrote; Terrorism, after all, is designed to produce overreaction. It is the means by which the weak induce the powerful to inflict damage upon themselves. At home, the U.S. has constructed an anti-terrorism enterprise so immense, so costly and so inexorably interwoven with the defense establishment, police and intelligence agencies, communications systems, and with social media, travel networks and their attendant security apparatus, that the idea of downsizing, let alone disbanding such a construct, is an exercise in futility.

Like many Americans I still find myself amazed that the 9-11 attack ever succeeded and I'm shocked at how against all odds the unseemly plan proved so effective. As I write this I'm aware that if another major attack occurs those who have built the massive and expensive homeland security apparatus will use it as proof you can never do enough. I choose not to live in fear and I feel that there is a limit to how much of my money should be used to protect me. I choose not to sacrifice either my freedom or privacy. Those of us who want programs that spy on us disbanded have created a bizarre alliance that spans from those on the far left, the liberals that often call for more government action and the less government libertarians. For more on how Americans should press on and muster the courage to go forward with a stiff upper lip see the posts below,