Revisiting The Sad Idea That We Are All Slaves 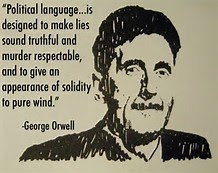 Recently several recent news stories have caused me to think about a post written years ago. Some of the stories were about such things as to how Hillary lies don't matter... White House lies don't matter... but why a drunk Olympic swimmer lies do. This has caused me to reflect on the new normal where a growing government-centered economy continues to crowd out the little guy and much of the world seems propelled forward by the propaganda machines of government and Ponzi schemes. We have the "Elites" also known as the rich and powerful, and we have the people, it is becoming increasingly hard to deny each play by a separate set of rules. This can cause us to feel powerless and at the mercy of those in positions of power.

The shenanigans of both our major political parties during the presidential primaries should have been enough to remind Americans that we live in a democracy in name only and that the country is really a republic. Today two big topics often in the news are the huge growth in inequality and a growing police state. Those who look closely understand that it is not the 1% at the top stealing the icing off the cake, but the much smaller .1% or .01% that are skewing the numbers and overreaching. I contend this goes hand in hand with the massive growth in crony capitalism and corruption. Much of this can be attributed to the ability of those in control "changing the rules" and positioning themselves to benefit at every corner. In our busy and complex world, we have found it impossible to watch all the moving parts. People are bad at keeping secrets and insider knowledge is almost always passed around. Doling out secrets and insider information confers status, tactical advantage, and sometimes even financial gain. 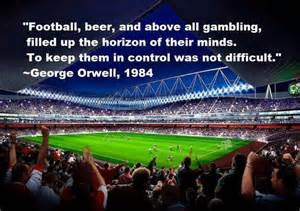 What might be called the "Deep State" definitely exists and it often works in plain sight, however, not how it is depicted in the movies. In reality, human beings are generally too incompetent, lazy and inept to carry out schemes on a grand scale. Usually, the so-called deep state is not a complex conspiracy but the gut of a system laced with ever-growing corruption and relaxed morals. Corruption and crony capitalism are cancers on society that grow if not constantly treated. This means empires built on strength and a sound financial foundation can rapidly collapse in our fast-changing world. Faith is the glue that holds much of our culture together. Remember debt is often no more than a glorified  IOU and that bills can go unpaid and promises left unfulfilled.

Last month I started something I hope to do on occasion, and that is re-post an old article from this blog, A great number of posting can be found in the archives of this site and many of the other sites existing on the internet. With the invention of computers and easier ways to place our thoughts before others the world has become a word generating monster and much of this work has been saved. The criteria for a re-post falls into one of the several categories such as looking back and remembering an event in our fast-moving world. some re-post may focus on an event where all eyes were focused on an issue that seemed at the time would have massive ramifications then became an obscure non-event. At other times it might be to cause reflection or stir insight. Consider these post a trip down memory lane. I hope you enjoy or garner something valuable from the article shown below that was originally published on February 7, 2012.


We Are All Slaves, an interesting thought.

Just over a year ago I stumbled upon a blog on WordPress.com written by Gerry Spence who was born and educated in the small towns of Wyoming where he has practiced law for almost fifty-five years. Spence has spent his lifetime representing and protecting victims of the legal system from what he calls The New Slave Master: big corporations and big government. Gerry Spence has tried and won many nationally known cases, including the Karen Silkwood case, the defense of Randy Weaver at Ruby Ridge, and the defense of Geoffrey Fieger. He has never lost a criminal case and has not lost a civil case from 1969 to 2008.

I feel it is interesting to see both the Tea party and the Wall Street Movement ridiculed and manipulated by politicians and the media for their own benefit and to marginalize their messages. Yes, we are slaves in that we have so little freedom in today's modern world. The combination of a constantly growing government and massive financial corporate giants are slowly removing our options. Much of our culture consists of people meeting their needs by filling the day with tweets and other bland fillers. After all that has happened only this would explain the lack of outrage!


Pain, Protests and the People

Posted on October 5, 2011
The protests on Wall Street have been overdue but will end too soon. Slaves cannot long maintain a war against the master. A money-made U. S. Supreme Court has insured that the Moneyed Master can buy elections, and only the Master has such money. The democratic idea of government by the governed is a myth. One notes that the Republican party is so sensitive to its master’s power that it dare not suggest raising taxes on the Master –- not even an impoverished penny, much less plug the illegal loopholes through which the Master sucks the last of the lifeblood from the nation. All such slaves know that all power is vested in the Moneyed Master.
The current protests are curious news. But the media, both the printed and electronic, belong to the Moneyed Master. The people have no voice and their protesting voices on Wall Street and elsewhere are lost in the din of the growling, empty stomachs of children and the sounds of terror from a people who are crippled, not because their arms or legs have been severed, but because they can find no jobs. The Moneyed Master has closed its doors against the people and sits on its money like an old hen on rotten eggs. The people will not prevail. No, not now. The gluttony of the Master must first run uncontained like maddened rats in a cheese factory until the sky grows dark and the light of hope fades, and there remains only the sound of the Master’s gnashing teeth greedily devouring all but the faintest dreams of the people.
With its endless propaganda the Moneyed Master has caused its slaves to believe they are free.
*********************************************

The Gerry Spence Blog is located on WordPress.com, I want to point out that this line of thought dovetails with my take of "watch out for the military-industrial complex". While the military-industrial complex is still massive and evil we must now focus on our new worse enemy, in a nutshell, "WATCH OUT FOR THE GOVERNMENT-FINANCIAL COMPLEX".
Posted by Bruce Wilds at 8:17 PM