Inflation Surge Will Be Driven By Fees, Tolls, And Taxes 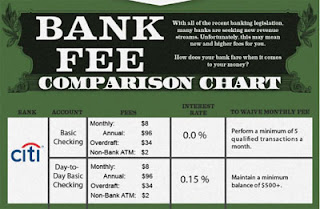 When we look at where inflation has occurred during the last decade or so we find it centered in areas where the government has expanded its influence. This is why it is not always prevalent in manufactured consumer goods. Two that rapidly come to mind are in the area of healthcare and education. The skyrocketing cost of even basic health tests and medicine, as well as tuition at universities, screams inflation. Other sectors where the government is moving prices higher is in utility bills, new construction, and the cost of providing local services such as police and fire protection. A less often noticed area that carries massive implications over time is the broken legal system but that is its own story.

The next surge in inflation or higher cost to consumers regardless of the pace of economic growth might well come from huge increases in fees and taxes. People tend to forget just how much of government spending is done on the local and state level where simply printing more money is not an option for eliminating revenue shortfalls. The difference between stagflation and inflation is marked by the rate of economic growth. In this case, I'm talking about real growth and not the Gross Domestic Product numbers or GDP which many people view as a yardstick of growth. The GDP numbers are heavily skewed by numbers more associated with money churning rather than quality sustainable growth that positively benefits society.

This theory of where much inflation will be based is tied to governments' need for revenue. Local and state governments have hidden and masked the size of its growth and financial promises from the public. Since state and local governments lack the federal government's ability to print money and buy back its own debt they must pay higher interest based on their credit rating. As a state or local government's debt rises so does the amount of interest they must offer to sell their bonds. The damage this can cause is becoming evident in Illinois which is the poster child for dysfunctional state and local governance.

The combination of high debt and taxes has caused both businesses and people to flee Illinois. It was recently reported by Wirepoints that Illinois has lost more population than any other state in the country and is one of just four states to shrink since 2010. The population of 93 of the state’s 103 counties has shrunk since 2010. Only New York lost more people than Illinois in 2019. The population loss across so many counties is a reflection of the state’s outlier status on many of the nation’s economic, demographic and financial metrics. Illinois has the nation’s most costly pension crisis, one of the highest tax burdens. This coupled with corruption, falling home prices and a general lack of economic opportunity is contributing to the exodus.

A factor many people fail to grasp is just how much government has expanded over the years. Much of this is because we have masked its growth by "outsourcing" a great deal of the work its workers had been doing. Another place this sneaks under the radar is in the huge growth of "quasi-government " entities such as airport authorities and downtown improvement districts which are able to levy special taxes. An example can be seen in how today many of the services and maintenance that had been performed in the past by local street departments are now bid out to private companies. Utility companies also can fall into this category in that they are often monopolies carrying out government mandates under government supervision.

The average Joe or Jo may not see many of these increases in fees and taxes aimed at increasing revenue  because they are not assessed against them personally. Still, they do directly affect businesses and landlords which are forced to eventually pass on the added cost to consumers. Often this is through higher prices. Another way to do this is by transferring responsibilities, limiting warranties, or reducing goods and services that had been previously provided. A city forced to cut costs or increase revenues often choose to plow snow only when three or more inches fall, reduce the number of times it picks up leaves, or increase fines for such things as parking violations. Some areas have even gone to ticketing drivers for violations caught on camera.

An example of drastically surging tolls was highlighted in a recent op-ed in The Philadelphia Inquirer. The Pennsylvania Turnpike Commission has again raised tolls to use the turnpike. In 2008, it cost just $15.25 to travel across the state from New Jersey to Ohio, over the years this has jumped to $61.20. This is being attributed to a 2007 law that helped turn the turnpike system into a piggy bank that allowed legislators to avoid raising taxes for state roads and mass transit. The Pennsylvania Turnpike Commission, currently $11.8 billion in debt, is required by law to send hundreds of millions of dollars each year to PennDOT to help fund public transportation projects in Pennsylvania cities.

The irony of this is that in 2007 it was in the black, with more assets than liabilities on its books so Democratic Gov. Ed Rendell and the legislature enacted a law mandating payments from the commission to help pay for transportation projects.

All these fees, tolls, taxes, increased cost for permits, and fines flow back into society and our economy in a complex way with intricate ramifications to America's ability to compete going forward. Inefficient and wasteful government does have a cost and it must be paid. It will as I have outlined above come in many forms. Do not be surprised if 2020 is the year when these extra costs really begin to hammer brick and mortar retailers as well as commercial real estate across America. In the end, we will all be forced to pay the price of this "cost-shifting" by suffering a lower standard of living.


Footnote; Something is very wrong when we create expensive transportation systems that carry few riders. Local public bus systems often brag and carry on about how local dollars are leveraged to match federal and state resources and are a win for their residents the picture painted by the numbers in their annual reports are often not pretty or impressive. The following article highlights how such quasi-government entities need little accountability to be accepted into a community as a positive force.
https://Public Transportation-My City's Empty Bus Boondoggle.html
Posted by Bruce Wilds at 6:52 AM