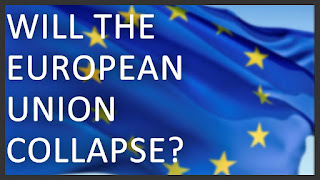 With so many countries across the world facing difficulties, many people have yet to notice the Euro-Zone has become a place where hope goes to die. The last round of elections in the Euro-Zone should bring little comfort to those supporting a stronger Europe. Huge gains were made by forces seeking more power for the populist agenda. In short, it is a boost for the rights of individual nations to have more say in how they are governed.  Two of the most pressing issues are that insolvent Italy struggles with a stagnant economy and Spain is coming apart politically with Catalan separatists defying Spain's Prime Minister.

To avoid the union coming apart at the seams and a miserable future, the European Commission recently unveiled an unprecedented  €750BN CoVid-19 recovery plan. It consists of €500 billion in grants to member states, and €250 billion would be available in loans. This means they are asking for the power to borrow. This is geared to tackle the worst recession in European history and shore up Italy. It would mean transforming the EU’s central finances to allow for it to raise unprecedented sums on the capital markets and hand out the bulk of the proceeds as grants to hard-pressed member states.

The Euro-Zone was already in deep trouble before CoVid-19 hit, the weakness that started in 2017 never ended. In the fourth quarter even Germany narrowly escaped recession. This could be blamed on the Brexit or Trade War but it goes beyond that, they abandoned all structural reforms in 2014 when the ECB started its quantitative easing program (QE) and expanded the balance sheet to record-levels. In 2019, almost 22% of the Euro Zone GDP gross added value came from Travel & Leisure, a sector that will unlikely come back anytime soon. Add this to weak exports and a banking sector that is totally decimated and everything points downward.

Roughly 80% of the Euro-Zone's real economy is financed by the banking sector that carries more than 600 billion euro in non-performing loans. Considering that the Euro-Zone was already in contraction in the middle of the massive Juncker plan that pushed forward green policies, it is safe to assume a Green New Deal will not boost growth or reduce debt. Large investment plans that are politically directed generally do not do as well as planned. The Euro-Zone is in a state of "stagnation." Figures show that as of 2017 not a single European company ranked among the top fifteen technology companies in the world. Still, more troubling is that of the top 50 global technology companies, only four are European.

Being uncompetitive sucks, unemployment is high, almost 30% of the Euro Zone labor force is expected to be under some form of unemployment scheme for years. France, Spain, and Italy, with important rules and tax burdens on job creation, may suffer large unemployment levels for longer. Another challenge is the region lacks technological and intellectual property making them less competitive than China and the U.S. They are simply out of tools to address the unprecedented bashing put upon the economy due to CoVid-19. It would also be a bad time to add massive monetary imbalances when demand for euros globally is shrinking according to the Bank of International Settlements.

If months ago you didn't agree that political and economic problems in Italy and Spain posed the greatest threat to the EU it would be a good time to reevaluate your opinion now that both countries have been monkey hammered by CoVid-19. Last year a post on this site argued they had the potential to topple a struggling Euro-Zone. This argument is based on Italy's debt dwarfing that of Greece. If Italy, one of the "Big Three" economies underpinning the Euro-Zone, defaulted on its debt the scale of such a crisis would be difficult to contain. Flipping attention towards Spain, the article pointed out how immigrants continuing to flow in from Northern Africa coupled with the Catalan Separatists movement has left Spain's national government in disarray.

Italy remains the weakest link in the Euro-Zone and continues to weaken. Last year, in what could be considered a bold move the Italian Prime Minister signed a historic memorandum of understanding with Chinese President Xi Jinping in Rome. The agreement made Italy the first founding EU  member, and the first G-7 nation, to officially sign on to Beijing's "One Belt, One Road" (OBOR) economic development initiative. The ramifications flowing from Italy's deal with China may, in the end, prove to be a deal with the devil that opens the floodgates and signals the end of the EU breaking apart the euro.  China and Italy inked development deals covering everything from port management, science and technology, e-commerce, and even soccer.

This deal occurred before the covid-19 pandemic and since Italy's debt situation has only grown worse. Integration into OBOR appeared to be an "any port in a storm" situation. Italy has found the EU less than supportive and lacking answers as to how they might kick-start growth. Much of the blame for this problematic alliance falls on Brussels and the EU for its failures to deal with worsening conditions within Italy. Now, adding to the problem is growing unease and fear within the EU when they look out at an expanding China that cranks out products at a cost far below those at which they can compete. Trade and deficits loom large in the minds of those watching this unfold. We can expect that China will exploit Italy and use it as a backdoor into the broader Euro-Zone market. Two omens this will go poorly for Italy are the IMF warnings of the potential of many of China's OBOR funded projects going bust and China's history of flexing its predatory business model.

While the ECB has sidestepped a major devaluation of the euro over recent years many of us skeptics believe it will ultimately collapse resulting  in devastating side-effects for those holding the currency. Much of the problem is rooted in the fact the euro itself was constructed on a weak and flawed foundation. Any currency joining and binding states or countries together must allow for an adjustment to send back funds to its weakest part or eventually it will become so unbalanced it will fail. The United States does this by collecting taxes on a federal level and sending back money and aid to areas that are economically weak and need help. In the same way, the EU has still refused to deal with Greece’s mounting debt it, mainly Germany, cannot seem to accept that protecting the small depositors of European banks is the price to be paid for preserving social order and even the euro itself.

The truth is that in all reality Italy went bankrupt in summer 2011. At that time the ECB and political authorities in Europe agreed to create around the country’s finances an artificial market to give the impression of stability. More capital began fleeing to the north when Draghi started QE in 2015. The Italian central bank is dependent on the ECB and has to buy Italian government bonds. German investors have to exchange these bonds for euros in Italy and transfer the money via Target 2 to their German bank. The growing differences in the Target 2 balance sheet are the result of the Germans, who own the Italian bonds dissolving them in Italy and transferring the money to Germany. Italians have also added to the capital flight as they liquidate their bonds which increases the debt claim on the German side.

To be clear, Germany has no interest in "debt mutualization" where it would be forced to bail-out Greece, Spain, Portugal, and Italy. These claims are not covered by any securities. If Italy or Spain withdraws from the Euro-Zone, the Germans will be left holding worthless paper. Concern in Germany remains tepid only because Germans have great confidence in the Bundesbank. Draghi claimed that Target 2 has nothing to do with the movement of capital from country to country and the clearing balances cannot be overdrawn as long as no one leaves the Euro-zone. This translates into, Italy must not leave the Euro-Zone! Italy's debt amounts to 2.3 trillion euros and its liabilities in Target 2 rose in June 2018 to 481 billion euros from 164.5 billion euros in 2015. This means that Banca d’Italia owes the Bundesbank almost half a trillion euros! Target 2 is a check that cannot be cashed.

This all swings back to the delicate manipulated balance of currencies which seem to be locked in a narrow trading range with the Fed assuming the role of the great enabler. Holding up all the really bad currencies in the world is not the job of the FED but the indication is that Central Bank manipulation has gone nuclear. The dollar's strength is largely a result of  many countries having adopted even worse policies than those America's leaders have chosen to pursue but a strengthening dollar sends a signal that the global economy is unstable which is something central banks want to avoid at all costs. This accounts for why central banks are marching in lockstep using currency swaps and injecting more liquidity into the system to keep several currencies from failing.

Draghi is credited with saving the euro but may have only delayed its demise. Now the euro's fate rests on the ECB's new President Christine Lagarde. If she departs from his script, she will face fierce criticism but if she does not, the Euro-zone’s never-ending crisis will eventually spin out of control. Draghi's stand the euro is indispensable and that even discussing its abolition is harmful seems to remain intact. Draghi's attempt to save the Euro-zone by printing trillions of euros allowed Italy, Spain, and other stressed states to roll over their debts but has failed. Low-interest rates and easy money have not cured Europe's problems, expect anti-EU sentiment to continue its growth.