A Lack Of Jobs In The Future Is A Scary Prospect

While many workers are chilling at home or working reduced hours due to covid-19 lock-downs many are paying little attention to the huge number of job opportunities that are vanishing every day. A lack of jobs in the future is a scary prospect and bad news continues to roll in concerning future employment possibilities. A higher minimum wage adds a whole new element to this situation because it encourages businesses to bring in machines that reduce the need for human workers. For a business, being able to reduce labor moves more money into the profit column or sometimes allow them to remain solvent. Sadly, it is often only larger companies that have the volume to make such purchases viable or can afford to purchase labor-saving machines. This puts even more pressure on small family businesses making it more difficult to compete.

When governments across the US and the world forced businesses to close down in response to covid-19, many people assumed the layoffs would be temporary and people would quickly return to work once the crisis passed. Unfortunately, as the pandemic stretches into a full year and mutant strains appear, millions of workers remain out of work and economists say many of those “temporary” job losses have become permanent. Also, the pandemic has set new parameters on who can work as well as where and how they must carry on.

The current recession has been masked and papered over by massive government spending. This has created a transformation in demand rather than a shortfall in demand. This means businesses and producers must rapidly and continually shift operations to respond to a new set of realities. In order to survive, they are re-positioning and re-size accordingly. The fact is, the virus pandemic is being used as an excuse to automate millions of jobs worldwide.

Capital and labor do not adjust on a dime, time is required for producers to figure out what their new markets might be and how best to deploy their assets. As companies face the changing realities of their businesses it is all too likely we will see an expansion in the ranks of those ranked permanently unemployed. The loss of 300 jobs here and 1,800 there add up rapidly and when it continues year after year it has the potential to massively reshape society.

For each job taken away by automation and the advancement of robotics, it means the need for fewer human workers. Over the last few months, I have been collecting examples of technological advancements that herald some of the "human replacements" about to enter the workforce. This is an ongoing issue and the advancement is gathering steam. Below are just a few of the kinds of mechanical competitors we face as competition. These will take a toll on employment over time.  Below we have an assortment of the different kinds of mechanical workers being rolled out to compete with humans in the workplace.

First, we have a "smart garbage sorting robot"  it was recently launched on the streets in eastern China. It can pick up and sort trash for an entire workday. China's national newspaper, the People's Daily, published this video showing the robot cruising down the sidewalk in the city of Hangzhou. It identifies trash, then uses a robotic arm to pick up the debris. The fact it does not get wired, bored, or take breaks makes it a good option to paying a human to perform the same task. Different versions of this sort of device are expected to also chip away at janitorial and cleaning jobs as well as sort recyclables from trash.

This process of automation taking jobs is highlighted in an article keying in on the thousands of recently laid-off airline pilots. With travel and tourism greatly curtailed due to covid-19, many pilots have been laid off. Now it is said in coming years some planes may become fully automated. This means the need for pilots will be greatly reduced. FOX 5 New York reports a startup by the name of Xwing, is working with the FAA to certify a fleet of autonomous Cessna 208B Grand Caravan utility planes for short-haul delivery services. Xwing's Autoflight System converts small planes into autonomous aircraft that can taxi, take off, navigate a flight route, and safely land, all on its own.

This is why the thousands of airline pilots laid-off may be pushed towards learning how to fly drones which will be used for delivering products. This is not expected to pay quite as well or have the same status as their prior job. The same situation is forming on the nation's highways where semi drivers are going to be replaced by self-driving trucks. As a matter of fact, many delivery jobs are rapidly moving in the direction of being automated. 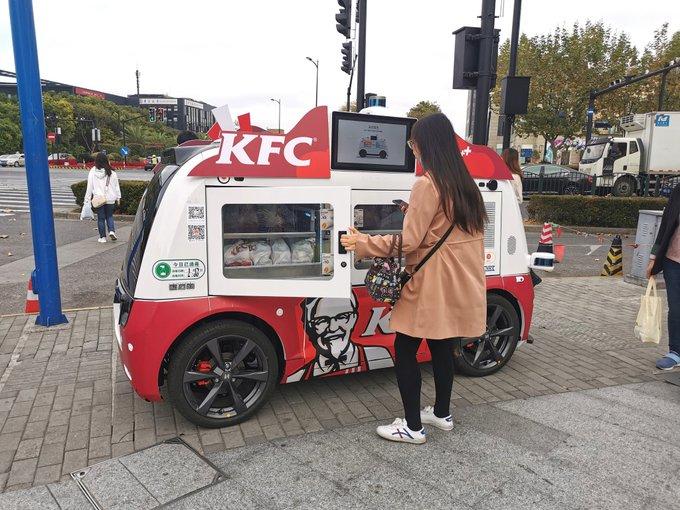 Another place where automation is evident is in the food industry. An example of this trend is visible in China where Kentucky Fried Chicken has launched a new food truck program, using autonomous vehicles that allow customers to purchase its products without human interaction. This autonomous KFC food truck is just another example of human workers being removed from the transaction. These food trucks are manufactured by Neolix, a self-driving logistics startup based in Beijing. Customers place an order on a screen then after payment is made, the door opens and customers receive their order. 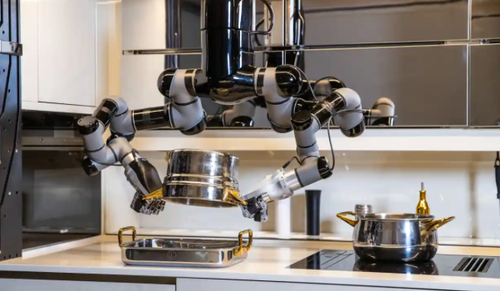 Here in the United States, White Castle recently announced it will begin automating its US kitchens. This dovetails with a story about how one company now offers the world's first-ever "robotic kitchen" for consumers that does all the cooking for you. A London-based robotics company claims, its Moley Robotic Kitchen can whip up at least 5,000 recipes at the press of a button. Not only does this expensive little gem cook complete meals, it tells you when ingredients need replacing, suggests dishes based on the items you have in stock, learns what you like, and even cleans up surfaces after itself. 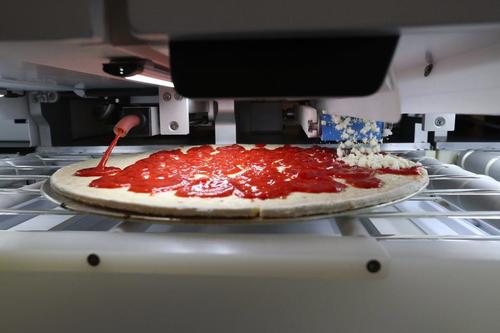 The coronavirus pandemic and higher wages are acting as the catalyst to spur the restaurant industry to begin automating kitchens. Machines such as the Picnic Pizza System that was rolled out in 2019 at the CES technology conference in Las Vegas fully automates the process of making a pizza. It can make hundreds of customized pizzas, orders quickly and with consistency, each with different toppings, along with different sizes. Adding to its allure is the fact that precision automation allows for consistency in the pizza-making process and minimal food waste. While this is considered a "co-bot" where people will be working alongside the machine, the implications of job loss are still clear. It means millions of jobs will be taken over by robots in this decade. This kind of machine is about to have a huge impact all over the food-service sector where large and small concerns including pizza restaurants, corporate food services, ghost kitchens, food trucks, fast food joints, and convenience stores all struggle to keep cost under control.

A recent article published on planetfreewill.news notes that a Hong Kong-based robotics company plans to mass-produce humanoid robots to replace workers across industries such as healthcare and education. Hanson Robotics is set to launch a mass rollout of human-like robots that can compete with human workers, “The world of Covid-19 is going to need more and more automation to keep people safe,” founder and chief executive David Hanson claims.

Another robotics company, Fetch, based in California, just unveiled the PalletTransport1500. This is an autonomous mobile robot (AMR) that supports cross-docking, returns, and case picking workflows for contact-less pallet transport in distribution centers. The square-like robot capable of lifting pallets weighing up to 2,500 pounds. The robot is powered by Honeywell software designed to push  automation forward in warehouses by replacing human forklift drivers states its company press release.

Amazon's PR campaign of hiring hundreds of thousands of warehouse employees is designed to mask the proliferation of robots Amazon employs to replace human workers. These robots are designed to replace humans where ever possible. Workers have been warned over the years that a wave of automation and artificial intelligence will chip away at jobs held by humans and displace millions of workers, now it is rapidly becoming a reality.

Right in front of our eyes, the ranks of the unemployed are about to explode along with the deficit as these people become "wards of the state." This problem will go global as robots replace human workers and increase pressure for people to flee poor countries. Example after example of the jobs that are about to vanish come out every day. Those calling for higher wages are too silly not to realize higher labor costs will only hasten the move to replace human workers with robots and other forms of machines designed to automate work processes.

The drop in the unemployment in the recent January job numbers was not due to hiring but rather a decline in the labor force. It shrank from 160.57MM to 160.16MM, resulting in a decline in the participation rate from 61.5% to 61.4%. This indicates, workers are leaving the workforce in droves as they became discouraged about the lack of opportunities, simply fell back on government handouts, or simply gave up looking for a job. Those putting a friendly face on this calling it "creative destruction" may someday look back at the problems it creates. This is a major power shift from individuals to mega-companies and governments with huge ramifications.