Kamala Harris Could Be Most Entertaining President Ever

While many Americans have come to view President Biden as a perishable item few have come to terms with what that means. The reality is that if Biden is bumped from the top spot he will most likely be replaced by the current Vice President. This idea is more frightening than inspiring. The more familiar people have become with Harris the easier it is to understand why she did so poorly as a Presidential candidate during the primary. 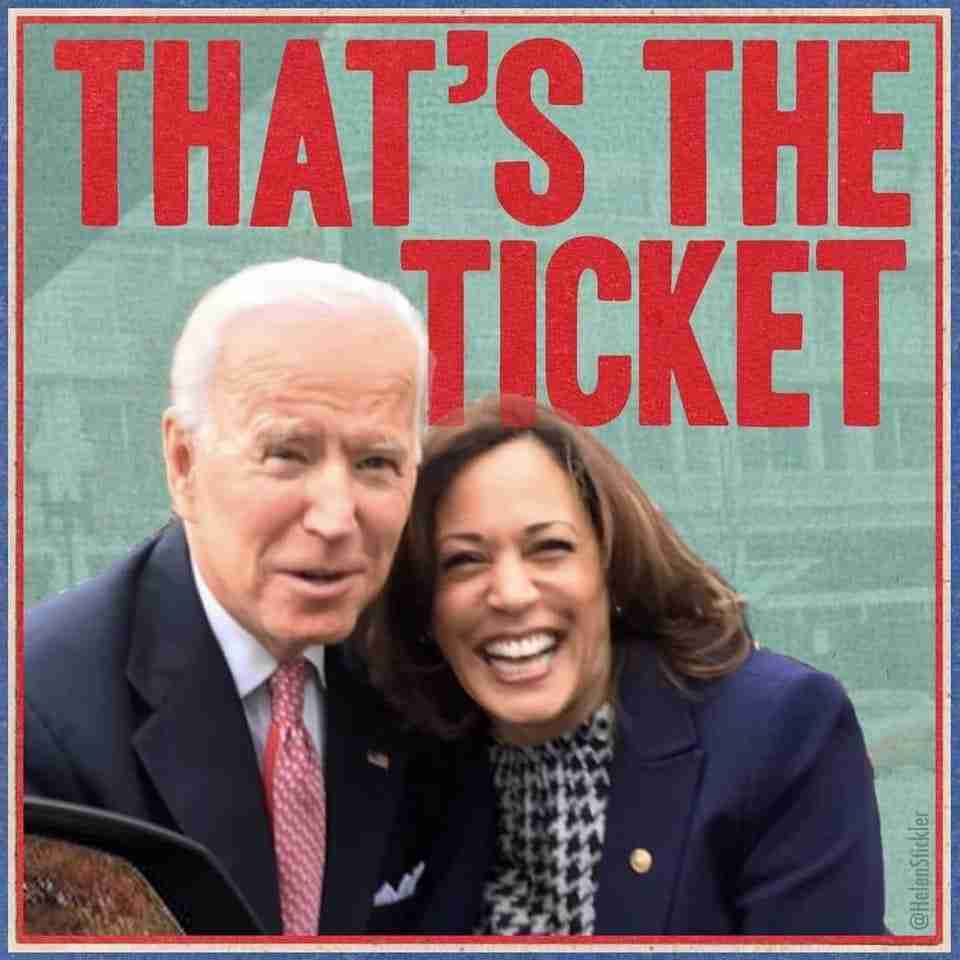 After observing Harris in her role as Vice President the reviews for her performance have been dismal at best. The adjectives that come to mind to describe her are unimpressive, disingenuous, and incompetent. Her failure to impact conditions at the border when assigned that task and her inability to smoothly carry out or give voice to the administration's goals has not boosted confidence that she is ready to lead the country. In an effort not to appear over harsh we should not have had high expectations. Biden indicated the two highest requirements for his running mate were that it be a woman and one of color, Harris checks both those boxes.

Harris had previously served in the U.S. Senate (2017–21) and as attorney general of California (2011–17). A background such as this does not generally qualify a person to lead the most powerful nation on the planet but in the world today many factors feed into how politics play out. Some skeptics have voiced the idea Harris was carefully placed in her position as Vice President and is a pawn that can easily be manipulated by the powers to be, but again, maybe it is just one of those "one in a billion" things that randomly happen.

Even as some people struggle with how to pronounce her first name the notion has been floated that Kamala Harris has no real inner vision for America's future. It seems she swings in whatever direction the wind blows. Rest assured, this article is not racist or sexist, this has nothing to do with race or gender, it has to do with her competence. Whether earlier in her life she used her sexual charm to move up the career ladder as some of her detractors claim is not an issue I wish to address. The one thing that is clear is that she is an ambitious woman.

In the same way the press examines each of Joe Biden's gaffes, Vice President Kamala Harris has found herself under fire whenever she goes in front of the cameras. Several missteps have been pointed out, such as laughing when asked about the deadly chaos in Afghanistan. She was also mocked over a space video featuring child actors. The video for World Space day has received much criticism for being cheesy, and “fake." This has brought front and center the feeling she is clearly in over her head.

The fact Harris even became Vice President could be considered part of the "shallow bench" syndrome we have been witnessing for years in many areas of society. The public servant sector ranks high on this list. Public servant is a term I have come to despise because from my perspective it is an oxymoron. With so many of the people that have slipped into such roles more interested in serving their own interest rather than that of the public. This figure of speech that pairs two words together that oppose and contradict each other is a slap in the face of those forced to pick up the tab for the misdeeds they conjure up.

The term deep bench comes from sports and is used when talking about a team with a large number of talented players. The idea focuses on the depth and strength of a team and the fact if a player is hurt another can replace him or her and the team will remain just as strong. On the other hand, a shallow bench indicates little in the way of real talent is ready to step in to play. This helps explain why Washington continues to bring back the same time-worn faces again and again and few people called upon are able to fill the void and impress us.

Many Democrats and progressives are elated at the idea of seeing a brown-skinned woman of Indian and Jamaican heritage placed in such a position of power. Still, they continue to be troubled by Harris’ mixed record on basic issues such as criminal justice reform, foreign policy, and health care. In many ways, the generally charismatic Harris is like Barack Obama in that she represents an image, and is the kind of “blank slate” on which liberals and independents can project their hopes and dreams. That, however, is not a proven road map to a better place.
On the plus side for all the negatives Kamala Harris carries, she could prove to be the most entertaining President ever. Far too many times we have painfully been forced to watch as a weak, stumbling, and gaffe-prone Biden struggles to read the teleprompter before being whisked away by his staff. At least Kamala would be able to field a few questions from reporters. This would, from some of the recent footage of interviews and meetings, provide a bit of entertainment. Some of her recent "clown-like" antics and wild jesters promise to be a reprieve from what we have come to expect.

Considering that a garden gnome is more entertaining than Biden, following sleepy Joe, Harris should be a hit. If history is any indication, a Harris Administration promises to be chalked full of foul-ups, blunders, and all kinds of antics. As for whether she would be a good leader, probably not, Harris lacks that skill and will probably be downright dreadful in that role. Sometimes voters get what they deserve, in this case, as President, Harris is not expedited to disappoint. What do we deserve from a person that never should have been elevated to such a position? Not much, and that is what we will get, we can only pray the next few years do not become a catastrophe.