Is Tunnel Vision Hiding How Bad Things Are?

As eager as many of us are to put Covid-19 behind us we as a society simply have not turned the corner. Mainstream media has us in a stranglehold as it continues what is news and how to report it. Not seeing the bigger picture is something many people seem to suffer from. It occurred to me the other day that tunnel vision may be hiding just how bad things are.

A lot of the problems I hear about come from those around me during conversations. These have to do with things the mainstream media is ignoring or not putting into proper perspective. Whether this is intentional or proof the media gets a big fail for keeping us informed is up for debate. The one thing that is clear is they seldom address the ramifications flowing from the events they report and how one problem also compounds another.

Another way to look at this is that it is becoming more difficult to reconcile all the lies and misconceptions floating around out there. Since most people are not deep thinkers, they seldom tie the consequences resulting from events together. It is necessary to do this to form a reasonable opinion as to whether something is good or bad. Simply taking the word of some babbling bias idiot from the news media has its drawbacks and adds to the dumbing down of society.

All this has clowns coming out of the woodwork with predictions. Call them wild, call them pure speculation, call them anything you like. The one thing I do know is that they can't all be right and some will prove to be very very wrong. Some of these predictions are very specific, such as the one being thrown out there by Felix Zulauf. He claims we will see a 20% plus drop in the markets by summer, then a huge bull market lasting through 2024 caused by the Fed pivoting as we drop into recession. 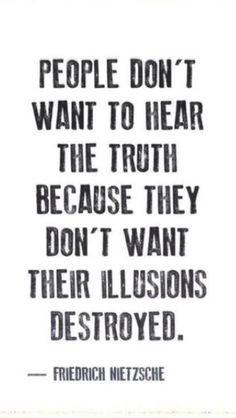 We even have some economy watchers putting forth the idea inflation is about to max out or will start to fall since the numbers are based on year-over-year figures. Still, it is difficult to discount other pressing issues that remain. One of these is what will happen to overall incomes with many people still not planning to return to work. Another has to do with the fact supply chains remain a mess and may get far worse if social unrest continues to spread.

An example of this, hidden from much of America by the media is highlighted by how the Canadian truckers, protest has brought freight shipments in Canada to a standstill. Also, we  are seeing a substantial slowing in many countries and segments of the economy. Another thing we must look at is "liquidity," it is important to remember money is not distributed equally. If Fed tightening does occur, certain segments of the economy will suffer far more than others.

Headlines twisted to give a positive spin on things, such as, "U.S. industrial production jumps in January on demand for heating" tend to mask the fact this is not good for most people. This headline just came across my page, while it sounds upbeat, it is economically problematic. In short, it means consumers are paying more to heat their homes and that they will have less money to spend on other items.

It is somewhat amazing that in the last few days, the situation that has brewed so long in Ukraine is being used as the primary excuse for the market moving lower. More incredible is that people are accepting this, that narrative pushes away the bigger issue of the Fed tightening and raising interest rates at the same time the economy is slowing.

The one thing I do know is that most Americans are poorly equipped to handle the  economic storm heading our way. When things are too ugly to look at, people ignore them and choose not to "handle" the truth. So many people have accepted as fact five major economic myths that allow them to brush aside reality. They are;

The ugly truth is pensions are bankrupt and so is our government, but we are not alone. In fact, in many ways America is still far better off  than many or should we say most other countries. The volatility we have seen in the market as of late has left many investors whipsawed out of their money and the worst is probably yet to come.  I see this as an indication we may be closer to the end of this euphoric bull market than many investors think.  Those that have been buying market dips should remember that markets climb a wall of worry but when they crash, it can come fast and furious.