The CPI Inflation Number Is A Lie, And That's A Fact 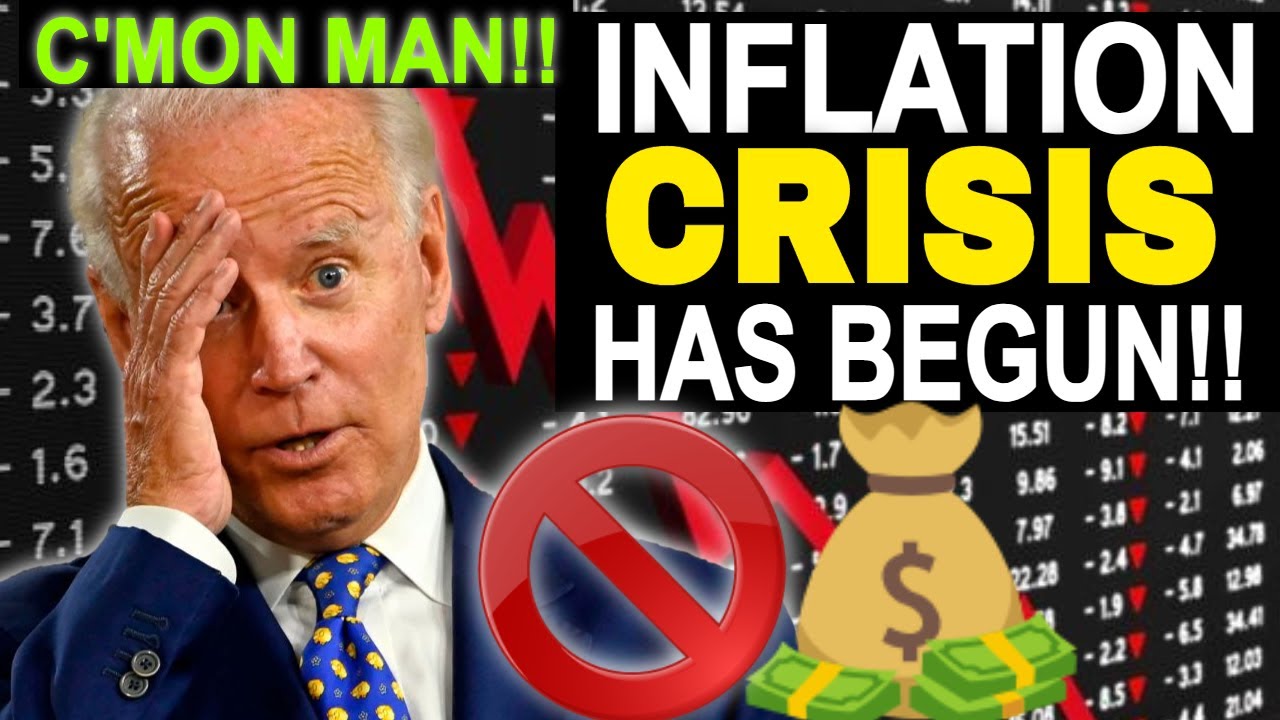 It is important to remember the CPI inflation number is a lie. This means even if the CPI falls dramatically in 2023, we may, or most likely will still have inflation. When economic growth is slow and unemployment rises, inflation takes on the moniker of stagflation. Currently, the website ShadowStats claims real inflation is closer to 17.15% rather than the 8.5% that the media, the Biden administration, and the Federal Reserve claim.

America’s inflation is now the highest since 1981. The number slightly above 17% is based on calculating inflation the same way economists and politicians did in the 1980s. Yes. inflation is a problem and indicators such as the inverted yield curve in the bond market are screaming that we should expect a recession. Considering what we are seeing and the fact Fed Chairman Jerome Powell has warned of pain ahead, there is good reason to think he is telling the truth.

The crux of this issue is that there is a huge difference between these two views of inflation and accepting the wrong number as fact could greatly impact your future. This rapidly becomes apparent in retirement for those older Americans fortunate to have accumulated some savings. The problem is that unless their investments perform at least as well as inflation they face seeing their wealth vanish into the deep dark hole of inflation.

Decades ago, politicians and those concocting this system created it as a way to reduce the cost of living adjustments for government payments to Social Security recipients, etc. By moving to a substitution-based index and weakening other constant-standard-of-living ties those reporting inflation have muddied the water lessening the impression of just how much our cost of living is being impacted by inflation. The general argument used to promote this change was that changing relative costs of goods results in consumers could easily substitute less-expensive goods for more expensive goods, the reality is that this assumption is often false.

Allowing for a substitution of goods within the formerly "fixed-basket" supposedly allows the consumer flexibility in obtaining a “constant level of satisfaction." This adjustment to the inflation measure was touted as more appropriate for the GDP concept in measuring shifting demand and weighting actual consumption. Other tricks were also used to give the illusion of less inflation. In cases where the quality of the product is deemed by the government to be "improved" prices in the CPI, calculations are now adjusted lower to offset the higher quality. Extending this idea the Baskin Commission Report, December 4, 1996, actually used steak and chicken as its substitution example.
While substitution-related alterations to inflation methodologies were made beginning in the mid-1990s the introduction of major changes to concepts geared towards making us feel better about things began in the 1980s. The aggregate impact of the reporting changes since 1980 has been to reduce the reported level of annual CPI inflation by roughly seven percentage points meaning there is no question as to the understatement of inflation. If the methodological changes did not reduce CPI inflation reporting significantly, the politicians would not have pushed the changes through. Where the rubber meets the road is that without these changes, Social Security checks would be more than double what they are today.

Of course, if you concede the real rate of inflation is higher than the CPI indicates, charts such as the one above become invalid. Higher inflation than reported also feeds into the Fed being forced to raise the interest rate to destroy and slow demand. Expect a hard landing, wild rallies in the markets in my view are more a reflection of investors taking short positions using tight stops. This means those shorting this market often paint a target on their back and become sitting ducks for the algorithms generated by computer trading. These rallies are not a sign of a strengthening economy. All this translates into volatility and a somewhat unstable investment landscape.

The ugly reality of inflation is apparent during a shopping trip to a grocery store or stores such as Walmart. Sadly, what we see is the type of inflation that directly impacts many of the consumers that can least afford it. Recently product manufacturers like Coca-Cola, Pepsi, and Procter & Gamble all started raising prices across the board, which means that "something has to give." Retailers can only absorb so much of these increases before being forced to pass them on to consumers. Walmart values low prices and it is a key part of its marketing strategy but higher wages, transportation costs, and e-commerce investments have all pressured Walmart to bump many prices higher.

Years ago when America was experiencing what the late economist Allen Meltzer described as "The Great Inflation" his take was that inflation generally was not considered a major problem until it rose into the double-digit area. Still, I maintain the view the manipulation of data to artificially lower the official rate of inflation is very harmful in that it feeds into the illusion of economic stability. This helps both politicians and central banks sell the idea that inflation is not and will not become an issue.

The problem comes when these bogus CPI numbers are used by individuals to plan and make decisions concerning their investments and retirement needs. I further contend that inflation would be much greater if more money was flowing into tangible goods rather than paper investments and promises. For proof of the real rate of inflation just look at the surging replacement cost resulting from recent storms and natural disasters.
Beware, taking the CPI numbers reported to heart may cost you dearly in the coming years. We are lied to about how invasive inflation has become and how our currency is being debased. The only way we can protect ourselves is to invest in places that give us a chance to move with inflation. This is not easy and the risk associated with doing so is often great. How to protect our wealth from the scourge of inflation has become the most crucial economic issue individuals face. Good luck with that.
(Republishing of this article welcomed with reference to Bruce Wilds/AdvancingTime Blog)
Posted by Bruce Wilds at 5:23 AM