Treasury Bills - You Can Now Get At Least A Little Interest! 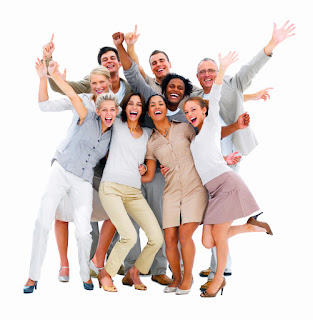 It is not an earth-shattering amount that we should be jumping up and down about. Still, it is good news that it is now possible to get a little return on your money and you should consider making the effort. This is something that has happened recently due to the Fed raising interest rates rather abruptly in an effort to halt inflation. This situation has gone unnoticed by many people. That is why over the holidays I brought it to the attention of several family members that are interested in such things.

Even making a few dollars on your savings is better than nothing. It is also important you do this in a way you do not put your capital at risk. T- bills also known as treasury bills are considered among the safest investment as it is backed by the American government and released by its finance department. A treasury bill is a government-issued short-term debt instrument. The government pays back the amount you invest with interest.

An example of how this works is the Treasury auctions T-bills to investors, who purchase the security at a discount to the face value. Meaning, an investor purchases a bill with a $1,000 face value and a six-month maturity for $950. In six months, when the investment matures, the investor receives $1,000, producing $50 in profit. One of the people I spoke with said, "I will be getting over $4,000 more a year and it's easier than trying to pick up pennies in front of a steamroller."

Currently, U.S. Treasury bills are a good investment option for those of us not looking to have our money tied up for long periods of time.  A person can purchase T-bills directly from the U.S. Treasury’s auction site, treasurydirect.gov, or through a broker, bank, or dealer. Simply go to the site and click on "Treasury Marketable Securities" at the top. If you would rather gather information on this investment option on your own it is easy to do. What you will find is that you can

The 3-month treasury yield hovered near 0 from 2009-2015 as the Federal Reserve maintained its benchmark rates at 0 following the Great Recession and during Covid-19. Today, the 3 Month Treasury Bill Rate is 4.21% for Nov 22, 2022. This is much higher than banks are offering. While still nothing to brag about as inflation rages on,  this can translate into hundreds or thousands of more dollars in additional yield for many consumers.
Even higher is the yield offered on Treasury Inflation Protected Securities, also known as TIPS. These generally carry a term of 5, 10, or 30 years. TIPS are a special kind of bill designed to protect you against inflation. Unlike other Treasury securities, when the TIPS matures, if the principal is higher than the original amount, you get the increased amount. If the principal is lower than the original amount, you still get the original amount. TIPS pay a fixed rate of interest every six months until they mature. These can be held until they mature or be sold earlier if you choose to do so.
With the possibility looming that T-bill rates may move higher and inflation remain with us I still find the longer-term instruments unappealing. Carved in the back of my skull is the memory of how treasury yields soared to over 20% in 1980 under then-Fed Chairman Paul Volcker. The needs of other people of course are different. That is why I have a strong aversion to buying longer-term bonds. Government-backed or not. Again I point out, a huge risk comes with locking yourself into any long-term investment.
(Republishing of this article welcomed with reference to Bruce Wilds/AdvancingTime Blog)
Posted by Bruce Wilds at 9:18 AM