Is The Press Free And Are They Working For Us?

Over the years who controls the news and how we receive it has changed. The internet has made a huge difference in how news is distributed allowing people more choice in how to get the news, however, much of the content remains controlled by some rather strong players that often are driven by an agenda of self-interest. This has shown itself to be very apparent during the current presidential contest where many in the media have moved their strong bias towards candidates front and center, some of the coverage has left many of us wondering what to believe. Many times over the last few months supporters of non-establishment candidates Donald Trump and Bernie Sanders have been miffed and less than overwhelmed to see how poorly their man was treated by the press. 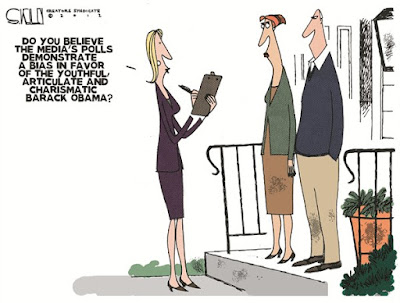 Weeks ago during an interview by Chuck Todd on "Meet The Press" viewers witnessed a good example of just how badly you can treat a guest invited to answer questions. Todd's over the top effort to put words in Trump's mouth and take statements out of context then spin them in the most harmful way reached new heights.  In one segment of the show as Todd talked viewers saw the names of anti-Trump Republicans scrolled along the right-side of the screen, the fact that many viewers did not even recognize the names of what might be considered lower level party members mattered not. At that point, I would not have been surprised if Todd looped the list around so it would begin again in a way to reinforce his point that the number of party members against Trump was growing too large to count.

An interview with Hillary Clinton, on another network, stood in drastic contrast to how Trump was treated and interviewed. In her interview Sunday morning on "Face The Nation" it was as though Hillary had written the softball questions asked of her. It was as if she had seen the questions in advance or controlled the interview. Having seen her speak "off the cuff" in the past leaves me dubious of what I saw and heard. I assure you it was not the same Clinton, she banged away at every talking point as if she had a teleprompter in front of her. Hillary's message was clear and well defined. Donald Trump is a loose cannon and dangerous, and if you are a serious voter you cannot even consider putting a "loose cannon" in control of this country. This was backed up by a series of scripted statements that all loop back around to support the subliminal message, Trump bad, Hillary good.

Then the news swings to coverage of how the President spent the day and if he had any harsh statements about Trump. It should be noted that when Obama strolls to the podium to criticize, condemn, decry, and denounce Trump he often merely enrages supporters of the Donald. Believe it or not many of them do not hold the current president in high esteem. The truth is his arrogant denouncements are the equivalent of throwing blood in the shark-filled water. The irony of all this is that Obama who ran for office under the banner of  "Hope And Change" is viewed by many Americans as one of the most divisive Presidents in our history and now we see him continuing to polarize politics and the nation as his term nears an end. 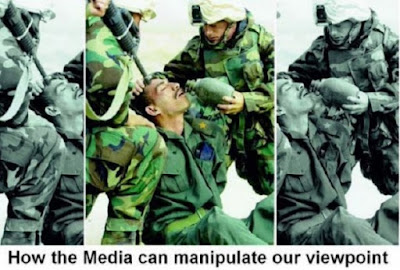 The media coverage of this election cycle is akin to a slow motion train wreck. Pathetic is a good way to describe how the media has pulled out all stops to get a "Breaking News" banner across the news screens whether it is justified or not. Often it is rolled out as we watch the same news clips and footage we have already seen several times, this is accompanied by rampant speculation geared to tantalize the viewer. Yesterday as I viewed several Sunday morning talk shows that claim to focus on the nation and the news that affects all of us rather than important issues, I was blasted with more Trump bashing. This leaves many people wondering if the so-called "free press" is working for us or under the directive of greater forces seeking to control the election. We must assume that greater force would be those currently in power and yearning to extend their run. Another name for this group is the establishment.

Then there is the issue of what is touted as "free publicity" or media coverage that many in the anti-Trump group point to as a "gift" that is sighted as a key reason for Trump rising to his current position. These people fail to mention that most of this coverage has been bad and the time the media has spent talking about Trump is heavily skewed to disparaging him. In an un-relentless barrage of attacks, all the tricks are being used from taking comments out of context, straight-out misstating his position then putting it in an unpleasant light. The failure of his enemies to dislodge Trump from becoming the Republican nominee has created a state of panic and is now driving a new wave of media speculation that another candidate must be found to carry the banner of the "really good" true conservatives. The search for someone rooted in a pure ideology and untainted by reality continues on.

It is interesting to note that many of the major media websites do not offer a comment area, or if they do they are restrictive in the comments they accept. This could be considered a form of censorship because it appears they would rather not show the views of those seething in disagreement. It is becoming more obvious each day that the mainstream media has taken upon themselves the job of choosing America's next President and public opinion be damned! With each passing day the myth that America is a land where democracy rules and the voters call the shots is being stripped away. Recently, when the insiders of our two parties tried to regain control of voters in revolt, Americans were reminded that the country is a republic and not really a democracy. Adding to this if you listen closely the sound of the cursed and long ago obsolete electoral college that skews the importance of states in the general election quietly rumbles in the shadows.

With the continued unchecked and relentless attacks on Trump, the media risk a growing backlash and losing the little credibility they have. Is it no wonder that Americans question the honesty of the media whose ranks appear to have become filled with opportunist and bums dressed as journalist.  The bottom-line is that we out here beyond the beltway in the backwaters and wilds of America should remember the media has a casual relationship with the truth. Just because the media or a politician says something does not make it true.

Footnote;  A while back I wrote a piece that looked at the definition of propaganda. It is a form of communication that is aimed towards influencing the attitude of a community toward some cause or position by presenting only one side of an argument. Propaganda is usually repeated and dispersed over a wide variety of media in order to create the chosen result in audience attitudes. It explored how the White House creates a message by spinning, scrubbing, molding, and shaping it, they then send it out to the public. This becomes a real problem when one person or a small group controls the message and uses an army of tax paid employees to shape, spin, and sends it forth. More on this subject in the article below.
http://brucewilds.blogspot.com/2013/04/white-house-propaganda-machine.html
Posted by Bruce Wilds at 3:46 PM