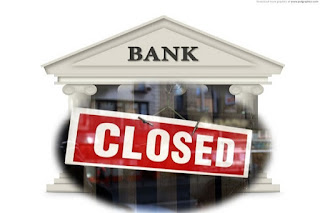 The corona-virus has the potential to foster a major liquidity crisis, call it a liquidity issue if you want but the system could be on its way to freezing up! People and companies may decide to, or be forced, to hoard the money they have when they begin to fear new cash will not be rolling in. Paying existing bills becomes difficult when you are not working or find you must close your business for an extended length of time. At this point, the one thing that is crystal clear is that it is impossible to know how severe this will be or long how long this will go on.

As to the long and short term economic consequences of this outbreak, it is difficult to say. certain sectors of the economy will without a doubt take it squarely on the chin. Businesses involved in events or dependent on people gathering or moving  about are in peril. Also, the disruption of production and deliveries will have a massive effect on business. Many small businesses simply do not have the financial resources to absorb losses and weather this storm. this means they will fail. This will create a large number of defaults on loans to lenders, suppliers, workers, and landlords.

All these people also have financial obligations that will continue. Things such as taxes, insurance, utilities, loan payments, and more. Those businesses and people in the weakest condition will be unable to borrow and this creates the possibility of a domino effect starting that could ripple through the financial system. It is difficult to argue this won't develop into an adverse feedback loop. History shows that banks have a way of failing us when we need them most and that is why liquidity is generally the first casualty in a financial crisis. This coupled with supply line disruptions and the reality that if payments are not made goods do not get shipped is most problematic.

A huge part of the problem is the same massive gains leverage brings, also showers us with huge losses that paralyze both individuals and financial institutions. A lot of leverage has built up within the financial system since 2008. This means that high yield bonds suffer, and anything, person or group with less than stellar credit finds they are unable to get new money and are forced to watch as even existing credit-lines are cut. During even the minor market pullbacks often new loan issuance grinds to a complete halt as lenders adopt a more "cautious" attitude towards risk.

The bottom-line is banks do not like to loan money to those that need it but prefer to line the pockets of those who dwell in their inner circle. This inner circle is comprised of big business, Wall Street, bankers, and those with connections. It means  that many of the credit-lines that existed prior to 2008 have gone the way of the dinosaurs with banks claiming new government regulations are to blame for the way they do business today, this is especially clear in the commercial real estate market. CEO Chris Maher of New Jersey’s Ocean First Bank told Reuters a few years ago that,


“In a downturn, industrial property is extremely illiquid,” he said. “If you don’t want it and it’s not needed it could be almost valueless.”

This is why even if we do not know what the future will bring in a financial crisis when liquidity drys up cash rapidly becomes king.  When negotiating, the one-word people wanting to reach an agreement don't want to hear is "IF"! This is why I will never call the holder of cash stupid unless it is during a long period of massive inflation. With this in mind, how well banks fare if assets retrench will depend a great deal on the collateral they have glommed onto. Falling oil prices are already putting pressure on a slew of oil patch loans and bonds and it is also important to remember historically banks have been poor managers of any tangible assets that require day to day care.

For those many bulls crushed this week in the wild rush to the exits, it is too late. We don't know how long this downtrend will last but as usual, it is the slow movers and common folks that will suffer its brunt. If the chart off to the left is any indication, it seems much of the "smart money" exits the market before things get really ugly. The biggest problem the bulls face is the carnage may be far from over this is exacerbated by the fact many shorts got out of the market long ago and today many traders are playing on borrowed money so the margin calls will be fierce.

As noted above, small businesses simply do not have the financial resources to absorb losses and weather this storm. These are the stores, shops, and line the streets of our communities. Main Street has long been ignored even abused by Washington and our US Postal Service which drives a dagger in their hearts by delivering Amazon packages on Sunday. No fast easy fix is available for these folks during a liquidity crisis. Trying to target money to this sector means rapidly analyzing hundreds of thousands of small concerns that keep their records and recipients in shoe-boxes. It literally means determining which businesses are worthy of loans and which have no future. At one time small local banks did this but that link has diminished in the era of big business.

This means the Fed dropping interest rates, creating more slow-moving government programs to be incompetently administered, and pouring more money into the system so people can pay past debts may not move us forward. a major liquidity crisis could usher in a period that will someday be referred to as "The Great Reset" where values are shaken to their core. In this particular case, it means that assets such as stocks could take it hard on the chin and not recover for decades when adjusted for inflation. The stock market surge since 2008 has reinforced the myth that stocks always quickly recover, however, Japan stands as evidence this is not true.

All those owning shares of GE, GM, (pre-2008 GM shares lost all value) and a slew of other companies caught up in the last crisis will confirm that holding on to an investment does not always make you whole. With liquidity on the wane and traders rather nervous this might be a bad time to try and catch a "falling knife" a market axiom for trying to pick the bottom in a falling market. While the idea of buying stocks when the market is out of favor sounds great pulling the trigger is difficult in an unstable market which causes many investors to alter their plans. Be careful out there, and remember capital preservation is job one!

The illusion that covid-19 would be a nothing burger is beginning to dissipate. Initially, President Trump had tried to shrug this off as "no big thing" and continues to boast that "We have a perfectly coordinated and fine tuned-plan." This narrative is rapidly losing validity as huge areas in America declare they are under various states of emergencies. Events have grown to where Trump's fantasy-land approach is in disarray, his "See, Hear, And Speak No Evil" method of containment has proven disastrous. The fact is, if all goes poorly in the coming months, covid-19 may someday be looked back on as Trump's Katrina moment.
Posted by Bruce Wilds at 9:05 AM