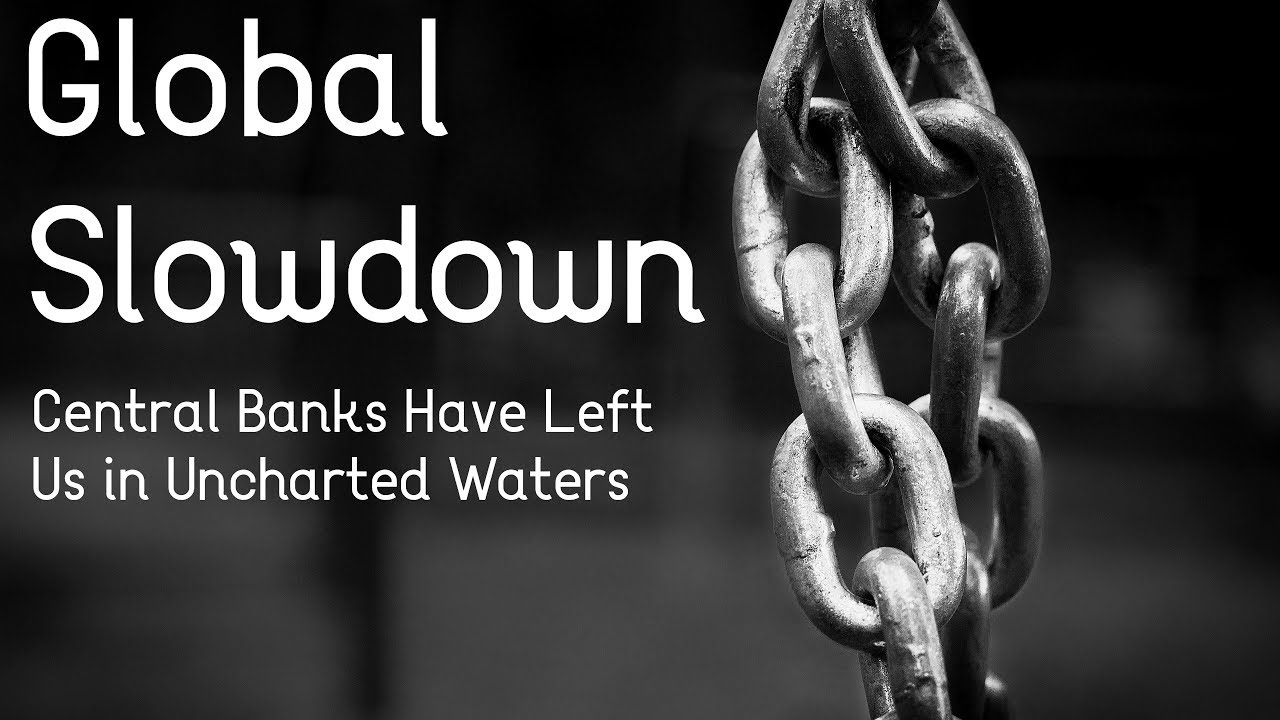 It is possible that we might soon be witness to the first global inflationary depression. This is not a mix of words we normally see placed together. Several factors make this scenario possible. First, we seldom have depressions but instead, tend to roll through mild recessions, however, what we face may be far more severe. Second, in the past, times of falling economic activity have generally been deflationary as defaults rise but this time, not so much. Third, but not least, in the past, many events tended to be regional rather than global, but over the years as economies have become more interconnected the resulting codependency presents an increased possibility of problems spreading across the world.

Currently, the biggest source of demand comes from governments and not working people earning a living or businesses growing. If you remove all the money being spent on Covid-19 vaccinations, tests, and a slew of inefficient spending that has created little long-term benefits to the economy the GDP would fall like a stone. The money flowing from the central banks and governments has created the so-called "pent up demand" we have been hearing about and predictions of 5% or more GDP growth next year. In truth, capacity utilization is down even while trillions of new dollars pour into the system. This is the logic behind saying a depression may be in the wings.

Recently several articles have appeared indicating the big boost China experienced post-Covid-19 has come to an end. China's economy was the first to recover from the Covid-19 collapse due to trillions of credit pumped into the economy at home as well as Americans rushing out to buy imported goods using stimulus money. With China again showing signs of economic weakness, the story that it takes more and more stimulus to create the same kick each time we play this game is playing out. Back in December after a tremendous surge, China's massive credit growth peaked resulting in SocGen forecasting a big slump was coming.

Across the world, sophisticated lenders, but not the general public, understand the history of  how governments’ monetary policies destroy the purchasing power of currencies. To avoid the issue of currency debasement risk, regardless of the yield we have seen the power of being the world's reserve currency on display in loan documents. Some 48% of the world’s $30T in cross-border loans are priced in US dollars, The BIS reports this is  up from 40% a decade ago. This is why the dollar will most likely fare better than the euro or yen when fiat currencies come under assault.

The point is, inflation expectations are continuing to grow and the law of diminishing returns is raging havoc with the efforts of central banks to control the economy. This has resulted in investors moving into assets likely to do well in an inflationary environment. This can be seen in the way commodities, precious metals, and cryptocurrencies such as bitcoin have risen in favor with those seeking alternatives to more conventional investments. The continued appointment of dovish and easy money advocates to positions in high finance does little to reinforce confidence in the fiat currencies on which we rely.

Inflation is a form of thief that moves wealth from the people and into governments' coffers. While many investors are focused on yield curves, bitcoin, and surging market valuations, the foundation of central bankers' argument that more QE is possible without inflation may be crumbling. We are now seeing that large sectors of the economy are broken. Cryptos are jumping and  some hedge-funds are suffering the greatest stock short-squeeze in history. This has forced these hedge-funds to liquidate many of their most liquid long positions.

With this in mind, it is important to remember inflation does not occur at the same rate for all the commodities and services that affect our lives. This can be seen in the chart on the right. It shows the health care system in the United States has allowed its higher costs to flow through to consumers. This has resulted in much higher medical care costs for the consumer than the inflation implied by the Consumer Price Index. Figures, such as the CPI and GDP produced by the government are heavily skewed to reassure a docile populace that all is well.

Growing concern over the debasement of  the fiat currencies issued by nations and central banks is adding to expectations inflation is waiting in the wings. Policies such as we see today would have been impossible when money was tied to gold. As investors shift into assets that do well during times of inflation, It is possible they will set in motion a self-feeding loop or cycle. When fiat money that has quietly sat in paper promises begins to be exchanged for tangible assets and inflation hedges it has the potential to reverse the long falling velocity of money.

Inflation brings with it higher interest rates which generally hit many sectors of the economy and puts a spotlight on the difference between liquidity and solvency. As interest rates rise construction tends to grind to a halt. Higher interest rates also result in people having a difficult time paying for or financing big-ticket items such as automobiles. In short, it puts a great deal of stress on all parts of the economy including the government deficits that have exploded since the 2008 financial crisis.

Two often-overlooked factors support the idea we are headed down a path of inflation even if the economy drastically slows. The first is many laws have been set in place to raise the minimum wage. The second is the fact that so many Americans work for the government. These are mostly full time and workers seldom get laid-off without pay. Figures from the National Debt Clock show just under 150 million workers are in the workforce and nearly 24 million of them are employed by the government. That is almost one in six. The government's oversized role in today's economy which is much larger than it was during the Great Depression has put a net under the ability of prices to fall.

In the past, there existed a pathway for deflation to take hold due to rising defaults as debt became unbearable but this is far less likely today. This is because several safety valves have been put into the system over the years. These are evident in the way bankruptcies take place, companies are now factoring in more bad debt in their price structure and last but not least an attitude governments and central banks should step in and save large businesses and institutions in danger of failure. Many people see this as a good thing but it has also led to the zombification of problems that artificially low-interest rates have only made worse. Masking the fact many companies and pension funds are insolvent has not made the economy stronger.

This all folds into the story of how for decades the monetary illusion created by central banks collaborating with governments has delayed an inevitable crisis by not dealing with reality. This means when the forces pent-up over the years finally break free events will most likely occur faster with far deeper ramifications than many people expect. When imbalances are ignored, bad things occur. When things finally blow up in the faces of those creating and promoting MMT we can expect to hear them claim it was not their fault and it was because of a general misunderstanding of the role of money and credit in the economy.

All of this is likely to have profound consequences for various inflation-sensitive assets around the world. The one thing we can count on is that when things crumble, the old, "we should have done more" or the "it would have been far worse" lines will flow forth. Those in charge often find great comfort in spouting such nonsense. We have been lulled into complacency and have given central banks too much credit for being able to control the economy and stop financial crises. The first global inflationary depression may not start today or tomorrow but it is coming and when it arrives most people will have never seen it coming.