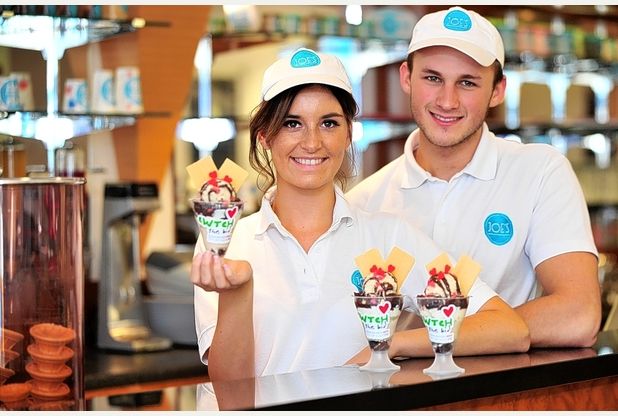 Small businesses remain the backbone of the economy. These businesses comprise a huge part of the economy and are an important part of commerce in America. Small businesses employed 60.6 million people or 47.1% of the workforce in 2017. Simply put, casual observance indicates the state of these businesses is poor and for most little help is on its way. The true state of these often struggling enterprises is evident in small towns and cities across America. Simply put, the crew at Marge's has to sell a lot of ice cream cones every hour just to keep the lights on. 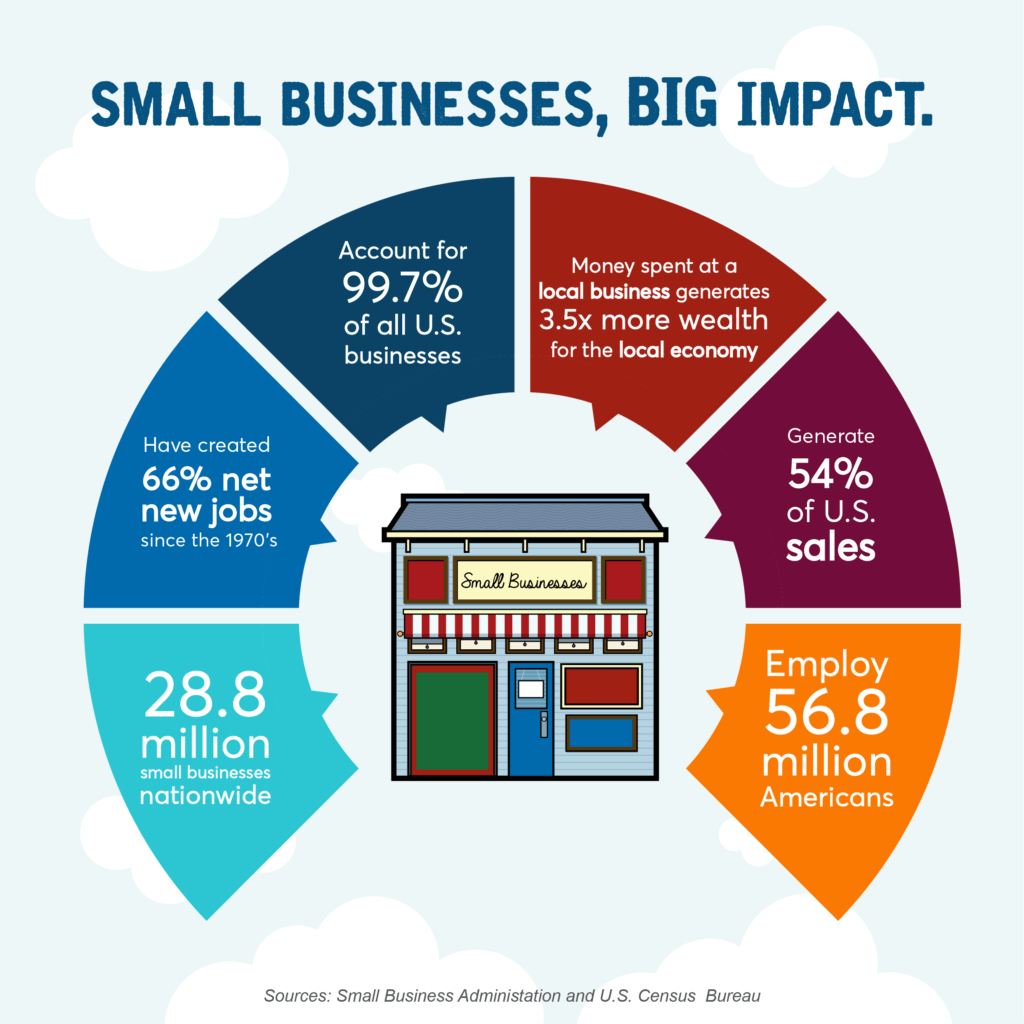 A recent road trip through both large and small towns in Indiana, Ohio, and Michigan has raised my concern over the economy. What I witnessed is not good. A great number of businesses were closed, some for the day or weekend, others I suspect were because of labor shortages. More troubling than anything else that I encountered was the huge number of for-sale or lease signs plastered everywhere. It is important to remember that just because a business is still open does not mean it will be next week or that it is meeting its financial obligations. Many small businesses have suffered greatly during the pandemic and have not been making rent or mortgage payments.

Several years ago a multi-state engineering firm that specialized in the expensive process of "sprucing" out downtown commerce districts leased space in one of my buildings. Unbeknownst to the cities and small municipalities ponying up money for studies and ideas on how to up their game, this firm ran out copy after copy of the same well worn-plan merely changing the name on each booklet to correspond to the client. Below are a few pictures of what has happened to Main Streets across the country as a result of such work and a great deal of money.

Of course, some towns are more successful than others at creating the illusion of financial success. It may be because of their location or simply because it possesses an almost magical "je ne sais quoi." this is a French term used to refer to that woman with the special something. While projecting the image of traditional hometown values, the reality is, much of what is being done in these cities and towns will do little to correct the trends and imbalances in our economy.

I could not help noticing that a fair amount of infrastructure work is already underway. Many of these towns have already undergone programs that have updated them to where they reflect America's "cookie-cutter" image of small-town USA. Since our government has already invested in putting a fresh coat of paint on Main Street with past infrastructure improvements, it is very likely they have already brought forward most of the gains we might expect from such an investment. Spending more money on similar solutions holds little promise.

For the entrepreneur with a small business that decides to invest and locate on one of these "streets of dreams," they often find their financial life becomes a nightmare that ends in tears. Due to many factors, these charming streets often have a difficult time being competitive. Wall Street money flows and a combination of policies favoring big business are proving toxic to those conducting business in these areas. While we cannot turn back time and the trends that have resulted in destroying so many of our towns and cities, we can focus on leveling the playing field to create a more vibrant and stable economy.
If asked the question of whether those in the government and financial sector are competent in shaping the future of our economy, the answer is no. The idea of what we know as the quintessential small-town USA is hanging on by a thread and most cities are also in dire shape.

The way government taxes small businesses and the expensive mandates it places on them ties them up in red tape. Instead of supporting their existence, the infrastructure programs that Washington touts as our salvation tend to generate boondoggles that continue to create and add new competition to these businesses. The Fed and politicians simply don't understand that where and what people buy has long-term ramifications on society and the economy. This dovetails with the idea that little gets fixed in our modern consumer-based society, instead, things go straight to the landfill.

This became even more evident during the pandemic when online commerce soared shifting sales from small local companies to large online retailers. Much of the money was spent on goods made in China. Such sales do little to help local economies or create jobs here in America. It could be argued that China and companies such as Amazon have benefited greatly from this hollowing out of Main Street. To make matters worse this trend is ongoing and expected to grow stronger as little is being done to slow online commerce.

Americans should have learned during the last few decades that tearing up the good with the idea of replacing it with better does not always result in a tremendous improvement. With this in mind, expect the promise of trillions of dollars in infrastructure will benefit the few at the expense of the many. Attempts to tie the need for such expenditures to the idea it will slow or stop climate change borders on ridiculous. Fed policies that fuel inflation and flood developers with money to build more storefronts while so many sit empty boggles the mind. 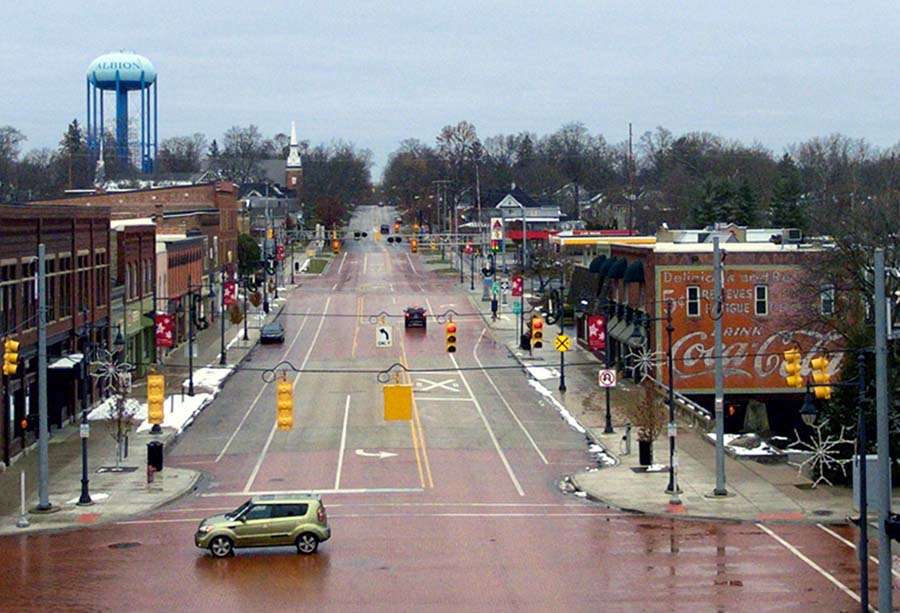 The sad reality is that a road trip through America's struggling cities and towns underlines the fact that small independent businesses remain under assault from every side. It does not help that hiring workers has become difficult and expensive. Wall Street is so eager to snap up any opportunity it can with cheap money that even the idea of building a chain of units by franchising your idea and recruiting owners with skin in the game is on the wane. Big money grabs it all and this means more competition for the independent little guy. The sad reality is that even while many of these places come across as quaint, they represent a very challenging place to run a business.

These areas should take little comfort in the fact that many local and state governments have yet to spend all the money showered upon them during the shutdowns. Under the idea of "spend it or lose it," local and state governments have rushed into place some rather bonehead ideas to use the money flowing out of Washington. This squandering of resources is guaranteed to generate a big number for upcoming GDP but little of real value to the economy. This is evident in the fail policy of empty city buses going up and down the streets of America under the idea public transportation is good for the environment.

Never before has our country ran such a huge deficit to transfer wealth to the poor in order for them to buy goods that create the illusion the economy is strong. This is occurring while stock buybacks continue to hit new highs and inequality soars. We have created the mother of false economies by pushing on this string for so very long and this action has yielded little in the way of positive results. All of the above could be an indication we are closer to the economic and financial end game than many people acknowledge. Again I submit the idea that economic growth does not always result in a stronger economy just a bigger one.

Footnote; An example of how the extra Covid-19 funding is being wasted is that you can now ride the money-losing city bus program in my city for free. The bus company is offering free fares on all services until November 30th. It should be noted, these buses are still running close to empty with few passengers.