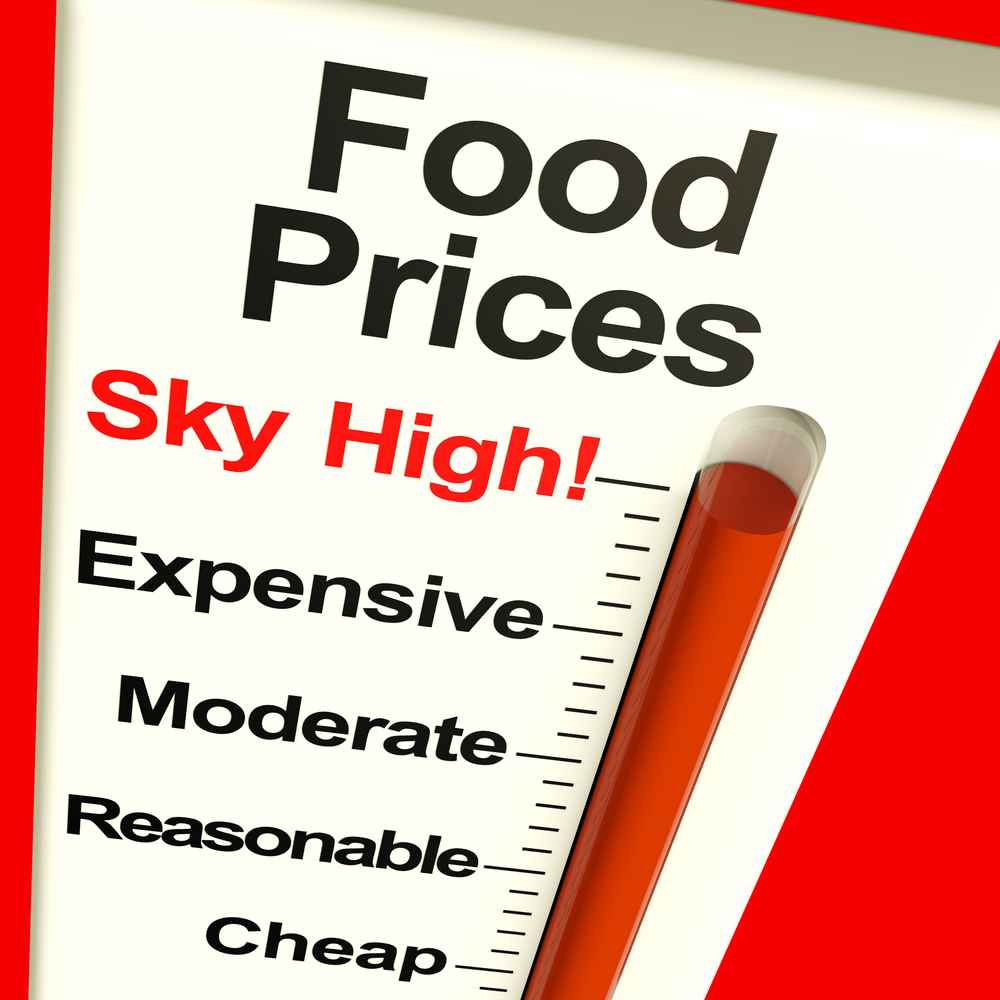 With the stock market banging out new record highs each day and so many jobs available, it is odd the Biden Administration feels the need to boost the Supplemental Nutrition Assistance Program, or SNAP by 25 percent. This constitutes the largest single increase in the program’s history. This significant and permanent increase in benefits will be available indefinitely to all 42 million SNAP beneficiaries.

The increase is projected to cost taxpayers an additional $20 billion per year. It coincides with the end of a 15 percent boost in SNAP benefits that was ordered as a "pandemic protection measure." Agriculture Secretary Tom Vilsack said the change means the U.S. “will do a better job of providing healthy food for low-income families.” It will move the amount of the average monthly per-person benefits for qualified recipients from $121 to $157. Never think for a moment this is all about feeding the poor, it is also about pumping up the GDP and profits of many big companies.

Unfortunately, whenever the government increases its role in any sector of the economy history shows it generally has a profound effect on the prices charged to consumers. For proof, we only need to look at healthcare costs and college tuition. In this case, we should expect the same thing to occur to food prices. What does the big increase in the SNAP program mean to consumers both on this program and the rest of us? It means we should expect a big jump in prices in supermarkets across America.

This is not about just simple supply and demand, it goes beyond hunger and directly towards what people "want to eat" which is not necessarily what is good for them. Of course, there are a lot more people concerned about raising the funding for this program than those that care about the needs of the poor and downtrodden. Some of the biggest supporters of SNAP are the companies selling food to those on the program. A person that has grown cynical about government spending might even go so far as to say SNAP is more about enriching food producers and grocers than feeding the hungry.

Before recent expansions, SNAP dumped out around $60 billion in benefits in 2019. Half of these benefits were spent at superstores like Walmart and nearly 30 percent were used at supermarkets like Safeway but today we are seeing a shift towards online shopping. Currently, more than 258,000 firms are authorized to accept SNAP benefits. When it comes to the government being upfront as to where SNAP money goes, don't hold your breath.

A case can be made that taxpayers and the general public have a right to know how much money retailers get by redeeming food stamps. This extends to companies such as Walmart, Amazon, and even the convenience store down the street. An article in the HuffPost three years ago bashed the lack of transparency and what many taxpayers consider a lame excuse for not disclosing how and where the money is spent. The fact is we need and have a right to know exactly how much was spent and at exactly which stores. The government argues that disclosing dollar figures for individual firms would hurt their business and such details should be exempt from the Freedom of Information Act.


An audit of how and where SNAP money is being spent would go a long way in clarifying the effectiveness of this program. Throughout the program’s history, politicians and news reporters have obsessed over just what people were purchasing with their benefits. Decades ago, President Ronald Reagan talked about “strapping young bucks” buying T-bone steaks.

For years the beneficiaries of SNAP used "actual stamps" but now their funds are put on debit cards that are far less visible in checkout lines. A big reason taxpayers are kept in the dark is that retail trade associations, such as the Food Marketing Institute have swooped in arguing the stigma flowing from negative attitudes toward food stamp recipients can create problems for those on the program. Some even went so far as to argue it might cause landlords to increase rent if they discovered tenants were getting SNAP benefits.

A troubling development for many local grocery stores is that online retailer Amazon has been approved to accept SNAP also known as EBT in most states. It could be said, Amazon has used its purchase of Whole Foods, to backdoor its way into this lucrative market. This really muddies the water when it comes to how and where poor people shop for food.

While Amazon rushs to claim they will provide products at great prices, the reality on the ground is it puts massive pressure on brick and mortar community grocers located in poor communities and forces them out of business. Grocers located in low-income areas often have a lot of problems with shoplifters making it difficult to be competitive. Online shopping only makes things worse as lazy patrons throw these local stores under the bus in response to the promise of shopping made easier, free Amazon Prime, and more from the predatory behemoth retailer.

The SNAP program has opened to Amazon millions of new customers that previously were unable to get credit-cards because of bad credit. An internet search shows that Amazon has tightly latched onto the program as another way to grow ever larger by feeding at the government teat. It is important Americans understand what is happening behind the curtain of the SNAP program facade.

SNAP is as much about moving people into purchasing more expensive items than simply feeding the poor. Grocers and food producers love the program because it is another way to tap into the government's spending machine. Of course, when you search for, "Online Grocery Shopping Sites" it should not be a surprise that Amazon is already near the top of the list. As a result of Amazon pushing into these areas, it can be argued we will see a big increase in the number of places where people claim "food deserts" exist.

A big issue is what those on the program buy and how it affects their spending. For example, poor John or Jill that has ten dollars in cash slated for food would use their SNAP card instead of cash. This then allows them to use the money for something they consider more important such as a lottery ticket, beer, or cigarettes. It also translates into people on SNAP being able to afford food items that many hard-working Americans others feel they cannot afford. The fact recipients are able to shift spending or do what could be called "substitute shopping" muddies the issue of just how helpful the program is.

A USDA website while noting the difficulty looked looks into what foods are typically purchased by SNAP households.  An interesting chart on the above site shows that generally less healthy foods are purchased by those on the SNAP program. This includes what is known as "prepared foods" which are often much more expensive per ounce than their unprepared counterparts.

Food Inflation has recently been in the news a great deal and is taking its toll on the working poor who were already struggling well before the virus battered the economy. SNAP was designed to supplement the food budget of needy families so they can purchase healthy food and move towards self-sufficiency. Instead, it has become a generous gift to grocers and the companies that prepackage snacks and foods. Anyone that has traveled to other countries will immediately notice not all foods are packaged in small hard plastic and pumped full of preservatives.

These packaging practices have been a big factor in driving food prices higher. In 2018 analysis reported the three largest food and beverage companies in the U.S. are PepsiCo., Tyson Foods, and Nestle, all of these are big beneficiaries of SNAP. This is a subject I have written about in the past, when looking at the SNAP program, I contend, a great deal of money could be saved if purchases were limited to a few "approved items" and basic foods. This would eliminate much of the wasteful spending going to items such as snacks and sugary beverages.

From all indications, one group that has not been a huge beneficiary of rising food prices are framers. A new report released on August 4th of 2020 by the American Farm Bureau Federation shows farm bankruptcies have continued to increase. AFBF found bankruptcies rose 8% over the prior 12 months. To be clear, in the past, during times of hardship, many consumers were forced to shop more carefully and buy less expensive foods. This is exactly what the grocers and food producers that love SNAP do not want to happen.