The Collapse of empires is a subject that has fascinated mankind for centuries, when looking at the decline or collapse of great empires we find that it is often hard to predict exactly when or how their demise will occur. Many lessons can be learned from the study of past failures and while the rate of decline and the empire's remaining strength are debated history confirms no matter how great the empire the way it falls and the timing is always hard to correctly gauge. One common thread and sign the end is near is a massive growth in crony capitalism and corruption. Even when the signs of decline may be everywhere that does not guarantee the end is near. As the foundation crumbles away it is not uncommon for those in power to extend their rule by many tricks and changing the rules in order to gain a new lease on life.

Decline and collapse can be sudden or slow. In our modern world with communication so important, I suspect that the process is generally accelerated, however, that is not always the case. Sometimes a system morphs or evolves towards its end and in other situations, a single event can act as the catalyst to bring a system to its knees. Looking back to the economic crisis that gripped the world in 2008 we find an excellent example of shifting and adjusting just enough to delay the day of reckoning. Central Banks across the world joined with politicians to pull rabbits out of their hats and used unprecedented actions to halt and avert the collapse of the system.

Now for the more interesting question, have those in power only delayed the last scene of a bad play, have the last nine years all just been an extend and pretend scenario? Sadly, few solid changes and actions have taken over the last few years to repair and set right many of the problems and issues that plagued us. We were given time to change our evil ways such as spending money we didn't have and dealing with growing debt loads and unfunded promises, but in truth, we have failed to address the many structural problems before us. We printed money to build a new future but unfortunately looking back we have little to show for how it was spent. 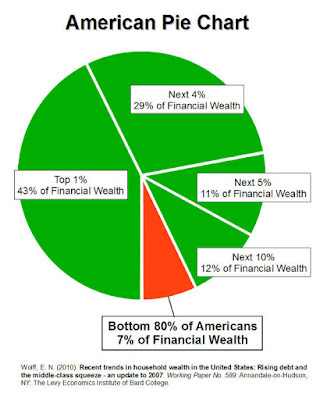 Today the massive growth in inequality has become a major issue. Many people see this as a clear sign and the undeniable confirmation that America's financial and political systems are broken. Those who look closely understand that it is not the 1% at the top stealing the icing off the cake, but the much smaller .1% or .01% that are skewing the numbers and overreaching. Few argue that the recent "Tax Reform Bill" recently passed and signed into law will not cause this trend to increase and line the pockets of the elite. It is not by accident that this goes hand in hand with the massive growth in crony capitalism and corruption. Much of this can be attributed to the ability of those in control "changing the rules" and positioning themselves to benefit at every corner. In our busy and complex world, we have found it impossible to watch all the moving parts.

History is full of tales where countries go to war and use propaganda or "fake news" as a way of diverting the eyes of the people away from its failures. To address growing discontent and opposition most empires develop an apparatus to silence criticism. When in decline it is not unusual for that part of the government to rapidly expand. What might be called the "Deep State" definitely exists and it often works in plain sight and not how it is depicted in the movies. It is not a complex conspiracy but the gut of a system laced with ever-growing corruption and relaxed morals. In reality, human beings are generally too incompetent, lazy and inept to carry out schemes on a grand scale. People are generally bad at keeping secrets and insider knowledge is almost always passed around, even in secretive organizations, often recklessly so. Doling out secrets and insider information confers status, tactical advantage, and sometimes even financial gain. 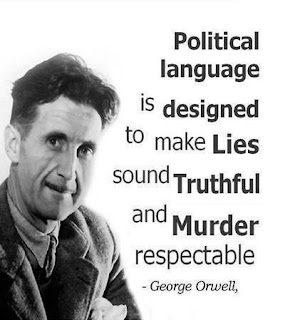 Corruption and crony capitalism are cancers on society that grow if not constantly treated. Empires and successful endeavors are built on strength and a sound financial foundation. This can erode very quickly in a fast-changing world. Debt is an often no more than a glorified  IOU  and we must try to remember that bills can go unpaid and promises left unfulfilled when those pledging assurances gain from not following through. Faith is often the glue that holds all of society together and while it is most likely the economy won't fall apart or collapse today it is that faith that will allow a new economy to rise from the ashes.

A question everyone should be asking is, what happens when the current economic momentum ends?  The whole concept of economic growth is based on an ever-growing trend of year over year increased production. We must remember the influx of monetary stimulus from QE and massive government deficit spending has created the illusion of more pent-up demand then exist or can be substantiated. This discounts the need for quality economic growth and allows quantity or any type of growth to be substituted. This results in an elevated baseline for comparing year on year growth, in short, we have to move forward faster next year just to keep growing. Such an economy encourages leverage and a multitude of tricks to mask the weak foundation on which it is built.

When looking through the eyes of modern monetary theory things get fuzzy. The denial of inflation and worries of deflation still exist even as ever larger amounts of money are being printed. These "interesting times" play havoc with the value of things and what they are worth. Like some of the cruel games children play you don't want to find yourself without a chair or holding the "hot potato" when the game ends. In the same way that corruption and crony capitalism are cancers on society and empires they also are huge factors in the economy. The bottom-line is all this is intricately linked and the game will end and start anew, but questions remain as to when and what the new rules will be.
Posted by Bruce Wilds at 6:45 AM