Japan Is Again Forced To Stimulate Its Troubled Economy 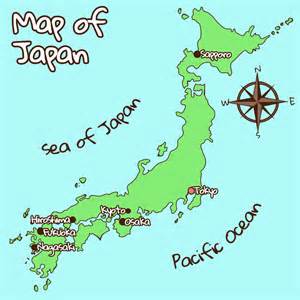 Japan faces a wall of debt that can only be addressed by printing more money and debasing its currency. This means they will be paying off their debt with worthless yen where possible and in many cases defaulting on the promises they have made. Japan currently has a debt/GDP ratio of about  250% which is the highest in the industrialized world. With the government financing almost 40 percent of its annual budget through debt it becomes easy to draw comparisons between Greece and Japan. While adding to the markets move higher across the globe the latest move by Prime Minister Shinzo Abe should do little to boost confidence in the small island nation.

Entering the third quarter of 2019 Reuters reported their monthly Tankan survey showed that Japanese manufacturers had again turned pessimistic about business prospects. Confidence in the service sector also plunged. Amid the escalating Sino-U.S. trade war, and problems in China the prospects for a global downturn remain large. Survey results showed the weakest sentiment reading since April 2013. Concerns about weakening global demand intensified after a closely watched bond market indicator pointed to the growing risk of a U.S. recession, and data revealed Germany’s economy was in contraction.

Japan. the world's third-largest economy is highly dependent on exports. The U.S.- China trade war in conjunction with Japan’s export curbs to South Korea and the rising yen has put a lid on sales. This has stoked the fears of recession and raised questions over how much longer domestic demand can remain resilient enough to offset rising external pressures. Private consumption constitutes about 60% of the Japanese economy. Adding to the stress is the fact Japan's economy is now under pressure from a hike in the consumption tax to 10 percent from 8 percent. This increase took place on Oct 1st. The Bank of Japan has estimated this will generate a net burden of 2.2 trillion yen on households in fiscal 2020.

As a result of its economic growth slowing down and slumping to its weakest point in a year, Japan has put together a large-scale stimulus package totaling 26 trillion yen to prop up the domestic economy. Please note, this is equal to $239 billion. For a country the size of Japan, this is massive. This is the first stimulus package in three years and centers on measures to ignite consumer spending by promoting "cashless sales" and public works spending to bolster infrastructure.  "We have crafted a powerful policy package aimed at...helping overcome economic downside risks," Prime Minister Shinzo Abe said.

As part of its economic package to spur consumer spending, the government has created a program to give rebates for cashless payments at small shops from October through June next year. For this, the government will set aside about 280 billion yen. To stimulate personal spending the government is also thinking about giving 5,000 yen to consumers they can spend at stores across Japan if they load 20,000 yen in their account for purchases to be made through their smartphone. This would start in September next year say people familiar with the matter. The stimulus package also contains public sector spending of 13.2 trillion yen which would include low-interest loans to companies involved in building infrastructure projects. Nearly half of the outlay will be used for reconstruction from recent natural disasters and strengthening infrastructure to reduce future damage.

Abe's package broadly aims to improve labor conditions, support small companies and promote advanced technology development. This means the government will increase job training services to help people in their 30s and 40s as well as provide subsidies to small and medium-sized companies to spur their capital spending. It will also supply more computers to public schools and support companies in developing wireless technologies that will follow 5G networks. The package also contains steps to help expand exports of farm products to take advantage of a bilateral trade agreement between Tokyo and Washington that is set to take effect next year.

Still, the key issue here is that after decades of slow growth Japan again finds the need to stimulate its economy. This should be considered more proof that its decades long easing has miserably failed to produce the promised results. Several earlier posts focusing on how trends in Japan, such as the BOJ buying stocks, how Japan's tight ties with China, and Japan's reliance on exporting to America help explain how Japan has held its economy together. Years ago before the "Bernanke has all the answers" era, many of us criticized Japan for failing to own its problems. Rather than face up to the mess they had created and do the right thing by letting its zombie banks and industries fail so the economy could move forward.

Instead, the Government of Japan ran huge deficits and ran up massive debt. While they claim otherwise, in many ways Bernanke and the Fed have put America and the world on a path that mirrors the same unsuccessful path taken by Japan. Since 2008 central bankers have chosen to flood the world with money bailing out the very people that caused many of our problems.

The Japanification of the world's economy, however, may play out far worse for the global financial system than it did for Japan. Over the years Japan has been able to sidestep default due to the good fortune of sporting a huge trade surplus with America and forming tight economic ties with China during its years of very rapid growth. Unfortunately, for Japan, the benefit of both those forces may be waning.

Not all economists see more deficit spending as the answer to Japan's problems and argue that more spending will only hurt efforts such as the recent consumption tax hike to improve Japan's overall fiscal health. Japan holds the title of having the industrial world’s heaviest public debt burden. Its debt is more than twice the size of its $5 trillion economy.

The world's negative-yielding debt hit a record $17 trillion at the start of September, mostly as a result of most Japanese debt trading in negative territory as the Bank Of Japan continues to monetize the country's debt. Since that time the amount of negative-yielding debt has fallen. This folds back into what might be viewed as the BOJ's stealth tapering. Kuroda is now monetizing just a tiny fraction of the bonds the BOJ was mandated with buying because it has almost run out of monetizable debt.

What we see occurring in Japan stems from a far greater problem than simply slow growth. At some point, reality will set in and the yen will suffer as a result of these policies. The collapse of the yen would debunk the myth that major currencies in our modern world are immune to failure and release a slew of new problems across the world. While this has been expected for some time it most likely will not be the catalyst for global financial collapse since the yen constitutes around only 4% of the world's reserve currency, however, it would gravely wound fiat currencies and alter how they are viewed.
Posted by Bruce Wilds at 8:48 AM