This Is Not Your Father's "Stodgy Old" Stock Market! 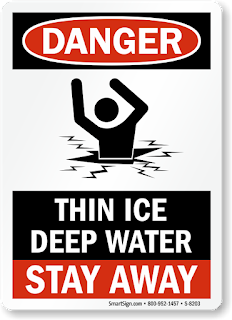 The idea that investors will have time to exit the markets through the small exit doors it offers may be a bit optimistic during a panic. The fact so many people are willing to risk having their savings consumed if the market breaks hard and falls away shows how complacent we have become. Until now those traders bearish on the stock market and bold enough to have entered short positions have again proven to be their worst enemy. A good deal of the markets move higher has been fueled by these unfortunate souls being forced to buy back their positions in capitulation during the recent market melt-up.

While in many ways this is eerily reminiscent of 2007, it could be argued we are in a far more precarious situation because we have moved much farther down the path of economic zombification. Too much debt turns the economy and companies into zombies unable to do anything more than pay interest upon their existing obligations. This means they are unable to purchase more goods or make new investments. This has taken us to where the efficiency of new credit is falling as a stimulus tool. This means each time funds or stimulus are added the amount must be large in order to see a result.


It has grown more difficult for many of us rooted in concerns over the economy to write predictions of doom considering just how creative central bankers have become at propelling markets higher. The idea that traders can continue seeing bad news as good news and a reason to drive markets higher defies all logic. Years ago President Eisenhower warned the American people about the Industrial Military Complex, but nobody warned us an even more evil alliance that of the "Financial-Political Complex." Historically, the "buy the dip" trading strategy has always ended in tears with investors underestimating just how rapidly liquidity and prices can decline.

Several events have come together to extend this long in the tooth economic expansion. The most recent being the Fed doing a one-eighty and reversing its policy of slowly raising and normalizing rates. This move is in many ways unprecedented and is coupled with its throwing huge amounts of liquidity back into a parched repo-market. Whether you call this QE or simply a gigantic effort to avert the market from seizing up it has had the effect of taking the market higher. It does not hurt that other central banks and governments are in lockstep and taking turns to stimulate their economies.


For evidence, this is not your father's stodgy old stock market we only have to look at a few long-term stock charts to see price moves that are far from normal. It must be noted that many traders and investors today were too young to have experienced the financial turmoil of past economic crashes. Those of us with decades of economic watching under our belt will testify charts can be used to validate almost any position. The chart to the right screams today's market is far from normal.

This is reflected in the charts of individual stocks as well. For example, the troubled bellwether Boeing which has held up much better than expected considering the grounding of the 737 MAX. A slew of other stocks a similar resilient type pattern. In fact, just this week, Tesla stock put in an all-time record high despite strongly divided opinions over its true value. Some of this price action in stocks has been attributed to being in a "Goldilocks economy" where everything is "just right."

For over a decade paper has been rolling off the printing presses of central banks all across the world in an attempt to mask reality. The influx of monetary stimulus from QE and massive government deficit spending has created the illusion of more pent up demand then exists or can be substantiated. With the one-off effects of lower rates behind us, it appears new more intense stimulus is needed to keep the economy and asset prices on trend. This was addressed in a recent article titled; What Happens After The Economic Momentum Ends. which focused on how we have to move forward faster each year to just keep growing.

This means the bar is constantly being lifted and we must sell even more next year to move forward. This has resulted in an elevated baseline for comparing year on year growth. In short, the whole concept of economic growth is based on an ever-growing trend of year over year increased production which is particularly difficult to achieve in an environment of waning demand. This means even trying to "invent" new demand streams such as the New Green Deal. It promises we can create a great new economy and huge numbers of Eco-friendly jobs by rushing in and replacing everything with a new more efficient model.

It could be argued that a great deal of economic energy has been used to get us to this point. This has generated concern about what will happen when the stimulus is finally taken away or that central banks will be out of ammunition if this is indeed a bubble and it burst. As stated at the start of this article it has grown more difficult for many of us rooted in concerns over the economy to write predictions of doom. Instead, we have fallen into warning those that will listen to the dangers lurking at the end of this dramatic experiment. Hopefully, pointing out how much this market varies from the long-term historic norm will help convince those most at risk that they are on thin ice.
Posted by Bruce Wilds at 6:28 AM