These Five Top Trends Will Go On To Define The Decade 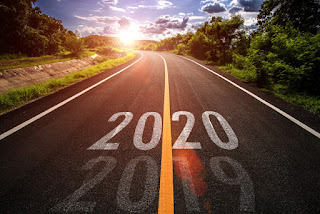 As we roll into a new decade it might be a good time to explore the five top trends that define and are shaping our world. Overall, I wish I could be more positive but it seems the story of mankind is rooted in our moving forward in fits and starts as we work our way through adversity. War and conflict have always caused the world great grief. Sadly, with the increase in our ability to caused mass destruction, this is even more troubling. Adding to my concerns is that we are not trending towards a more peaceful sustainable place.

We live in a world where our system of governance is geared at getting politicians re-elected and fulfilling the most pressing needs of today.  Things like profit, greed, and quenching our endless desire for growth is placed in front of longer-term issues and needs. The idea that we must increase our population to create growth is flawed. Simply adding mouths to feed and adding new workers to replace those retiring creates additional demand but is shortsighted in that it ignores the problems exploding population across the planet brings with it.

Mapping out a logical and sustainable long-term plan requires delving into some rather hefty philosophical questions like what brings real happiness. Dictators that govern under an agenda totally of their own creation have been no more successful than elected officials in coming up with real answers to our woes. Below are what I see as the "key" and most powerful directional shifts dictating our future and shaping our culture. These are followed by a few words on each.
Too many economic watchers, it has become obvious the greatly expanded role of central banks in the world's economy is not working. The global financial system has morphed into a giant experiment controlled by an evil alliance that could be called the "Financial-Political Complex." Interest rates have been flat or negative in real terms still many people advocate they still need or should go lower. These people forget that low-interest rates flowing from policies such as ZIRP and NIRP do not extend down to low-income individuals with poor credit. The huge number of people that fall into this category get no relief while low rates punish those that have saved. This fuels inequality. The concept that a rising tide floats all boats or trickle-down economics has proven to heavily favor the rich.

As a result of society's growing ability to care for people and expanded medical care we have bent Charles Darwin's law concerning, "survival of the fittest." Governments have engaged in constructing a safety net under societies most vulnerable but whatever we do it seems it "ain't enough." Examples of social ills include crime, bullying, racism, delinquency, discrimination, family disintegration, drug addiction, poverty, and homelessness. While some of these problems may be less drastic than others all are costly to society and lessen the ability of our culture to function. Ironically, the often considered conservative belief in the "right to life" in some ways adds to this dilemma. simply put, children born with at least one dysfunctional parent have a greatly reduced chance of becoming a successful adult.

The world is undergoing a huge political shift that has magnified the sharp divisions of contrasting groups as to how issues should be addressed. This has resulted in an explosion of propaganda and a rapid increase in polarization as opinions and beliefs conflict. Populations frustrated by the failure of their leaders to create a more just world are taking to the streets in large protests to put their demands forth. Inequality and globalization are fueling a populist movement that will most likely grow as governments that have over-promised fail to carry out all they have pledged. Unfortunately, these movements can turn into revolutions that merely switch out one incompetent or corrupt leader for another.

We need only to look at a country like China where conformity is highly valued and the government  tries to control all facets of a person's life to see how such actions conflict with the idea of freedom of choice. A balance between conformity and "over the top" diversity is most likely a place where society finds its happy place. Conformity can crush the human soul while the lack of it is often difficult for society to address because it raises the issue of where one person's rights end and another persons begin. Today we are seeing inequality soar and it can be argued conformity greatly reduces the ability of individuals to move up the social ladder.

A growing question is just how much of this is by design due to the culturally elite putting their foot on the head of those below them. Over the years with the aid of new technologies governments across the world have greatly expanded their ability to watch our movements and everything we do. They have even incorporated and leveraged the ever-present smartphone as an ultra-powerful surveillance device. The control over the individual will become complete as they move us towards being a cashless economy. This translates into where we will be unable to buy food, may at any moment have our ability to message others cut, and will be forced to rely on autonomous vehicles to deliver us to our destinations.

A lack of control over our lives grants those in charge total control over us making us powerless pawns and slaves with little choice but to do their bidding or perish. This dovetails with the move towards artificial intelligence where there exists great potential but also the dangerous possibility and risk that technology could create an environment where mankind is rendered redundant. This would leave mankind facing robots and weapons of mass  destruction. The noose is rapidly tightening around our necks os quickly it has resulted in a reshuffling in the list of the "Worlds 10 Worst Problems."

The last major trend to have exploded on the scene is growing concern over climate change and global warming. Sadly, few of those talking about it see cutting waste as a key part of the answer and a priority instead they tout massive change. The fact is, many of our problems flow from governments and consumers wasting so much. While this waste drives the GDP higher it does little to make our lives better.

The reality is that "waste" is proving massively destructive to life on this planet. This extends to governments misallocating funds as corruption and crony capitalism flourish. Whether we are talking about bombs built and dropped in the middle of an empty desert, brochures that are printed but never distributed, or Medicaid fraud all add to our deficit and pull resources away from more important areas.

For both political and economic reasons, poor planning, weak recycling practices, and wasteful squandering of our natural resources on things that yield little of value continue to haunt America and most of the world. The message that we should conserve our natural resources is vastly understated. Most climate change advocates seem to be nibbling around the edges of cutting waste and focused on issues few people agree about. These include over the top ideas that are predicted to cost a huge amount of money but may prove ineffective and even harm the environment over time. Often it is the same people responsible for our problems that propose these expensive cures. They also promote them as "job creators" to sweeten their allure. Sadly, most do not work but generate negative unintended consequences as they become giant costly boondoggles.

After examining the top trends defining the last decade and ushering in the new there is little question they will play a key part in determining our future. The world is changing at a more rapid pace than at any time in our history. The takeaway is we can expect things to be very interesting going forward. This doesn't necessarily mean they will be good or events will unfold as we hope but you can rest assured that boredom is not in the cards.
Posted by Bruce Wilds at 4:46 AM