Government Overreach Is Taking Away Your Freedom 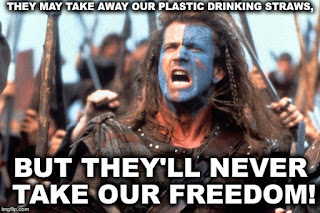 It is important to recognize the value of individual freedom, many people have sacrificed their lives to protect this valuable commodity. With this in mind, I write, it is the right and duty of every citizen to question the actions of their government. Are governments across the world currently looking out for the interest of their citizens or using the current crisis as a way to grab power at the expense of the people? If this is the goal of those in power, here in America, they gain in several ways by maximizing this crisis to exercise their authority. First, they train the masses to follow instructions and do their bidding. Second, they decimate the economy destroying small businesses and making us more dependent on their larger brethren which the government can control. Third but not least they increase the number of people relying on government handouts.

This also allows the government to ramp up surveillance for the "greater good." The power of fear and propaganda are powerful tools in the manipulation of general consensus. This is one of the main flaws in a democracy, it allows a simple majority to force their desires upon a minority. This is why our forefathers set checks and balances in the Constitution, however, even these do not guarantee freedom will remain. Today, the burden of risk and skin in the game is not equally shared by all. Over time our financial system and institutions have been corrupted by crony capitalism and a political system that panders to the masses by exchanging favors for baubles.

It could be argued that those in power don't have to take away our freedom by force if we are willing to surrender it or trade it for a few paid weeks off work. Nor do they have to be fair in how they go  about this if they simply get a majority of the populace to go along with their plan. Call it what you want, a stay at home order or a general quarantine, but it all comes down to the same thing government control of your movement.

Dr. Anthony Fauci has been pushing the Trump administration to declare a federally-imposed 'stay at home' order across all 50 states. This is the kind of lock-down that has been instituted in many countries. This has resulted in attacks from the mainstream media directed at the states which have not capitulated to fear. It appears these states have governors that don't see the need to take drastic steps that will decimate their local economies. This means they are willing to leave social distancing to the 'good judgments' of counties, towns, and individuals.

If you wonder just how far enforcement of this lock-down has gone, in some areas under lock-down, some law enforcement agencies are using high-tech equipment such as drones to spy on people. When city services apps are getting turned into glorified versions of DHS's tools it is a huge sign we know we have a problem. In some areas, they are now urging neighbors to turn into government snitches by asking residents to report violations of the “stay home” order. The government's role during this situation should be to inform us and provide us with the facts we need to know, this is an area where they have failed. Instead, they have flip-flopped spreading confusion and fear.

In Los Angeles, the Mayor has even announced that the city would reward those willing to turn in violators. Associated Press reports in a recent article that some people are happy, even enthusiastic to comply and report on their neighbors. Sadly, when law enforcement encourages Americans to turn against each other we all lose. We become a nation controlled by fear and suspicion. Over time this sort of action is bound to add to distrust between neighbors and damage social cohesion. It could be argued that stay at home is just "newspeak" or another word for curfew. In his writings, George Orwell warned of the slippery slope towards totalitarianism and if citizens to not push back it is our future.

Former British Supreme Court Justice Jonathan Sumption recently discussed the police and government's response to the coronavirus on BBC Radio 4's World at One program. In response to what is happening, Sumption said;


What I say to them is I am not a scientist but it is the right and duty of every citizen to look and see what the scientists have said and to analyze it for themselves and to draw common sense conclusions. We are all perfectly capable of doing that and there's no particular reason why the scientific nature of the problem should mean we have to resign our liberty into the hands of scientists. We all have critical faculties and it's rather important, in a moment of national panic, that we should maintain them.

In part, this piece was inspired by the push back and voices of so many that feel that covid-19 is something to be faced with common sense and resolve. The fight against this vicious enemy has been described as a war and the fact is that in both war and life, people die. Considering the constant price humanity is forced to pay for freedom each passing year, the idea of surrendering our way of life rather than pressing on, it should be clear not everyone agrees with the idea society should just shut down and go into hiding. Consider this a reminder, if you don't fight for your freedoms do not be surprised to find them gone.


Footnote; For more about the strong trend of governments across the world moving towards totalitarianism click the link below. This is a mode of government, which exercises an extremely high degree of control over public and private life. The link takes you to part one of a five-part series which details how and where governments are expanding control.
https://brucewilds.blogspot.com/2018/12/liberals-and-conservatives-both-buy.html