The Government Shows Little Respect For Our Tax Dollar 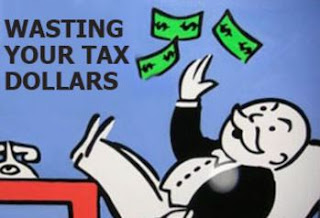 Hard-working Americans that pay taxes should be more than angry over how little respect the politicians in Washington have for their tax dollars. An article that appeared on MarketWatch details what people that receive an undeserved 1,200 dollar stimulus checks under the CARES Act should do.  The answer appears just over halfway down on the page in answer to the following question;

Answer: No. The statutory language in the CARES Act that set the whole EIP scheme in motion says that anybody who gets more money than they are actually entitled to can keep the excess. I endorse that concept: any money that gets into people’s hands is fair game.

In the above case, it appears the fella received the money in error but I have heard, and I'm also under the impression the same issue exists in the case where a check is sent to somebody that is deceased. The article explains the Feds are using our beloved Internal Revenue Service to distribute these so-called Economic Impact Payments (EIPs). The IRS is not currently processing 2019 returns because the agency is swamped with all the new COVID-19-related tasks it has been given.

The article also states the IRS’s data processing systems were notoriously inadequate even before getting overwhelmed with all these new tasks. Apparently to those in our government, 1,200 dollars isn't worth the time it takes to do the administrative job of reclaiming it. From what I understand we are talking about checks that total several billions of dollars. This type of waste is just another example of why people don't like paying taxes.