The Twilight-zone Economy Resulting From Covid-19 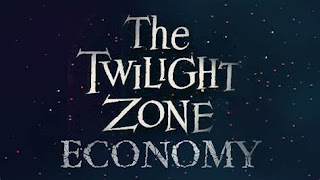 Currently, our economy is caught somewhere in the Twilight-Zone, a place that exists for moments but where wrong decisions often lead to madness. While this is happening a great deal of the population sits at home trying to ignore the reality developing outside their walls. The truth is we will not know where we are until we reach the other side. When that will be is uncertain but do not expect the economy to land on its feet. Hopefully, it will not be as bad as many hyped-up doom-porn forecasters predict, unfortunately, covid-19 has taken a heavy toll on society. This is not intended to be a fluff piece but to hit on some key realities we face going forward. As much as we would like to put this behind us this world altering event is still very much in our face.

Governments and mass media have done a very poor job of handling this crisis. Promises of having enough test available remains a lie in the state where I live and most others. If people can't get tested and are sent home to rest until they turn blue it is safe to say we really don't know the extent of this crisis. Call it what you what but most people will concede that we have witnessed cover-ups, misinformation, the bungling of aid, and corruption. To say we have been failed is an understatement. Yes, covid-19 is an ugly beast but if this had been handled properly this might have all gone down very differently.

The Gatestone Institute and several other sources recently reported that a great deal of the medical equipment purchased from China by governments to combat the pandemic is proving to be defective and unusable. China's flooding the world with such products highlights its role in this mess as an unreliable and corrupt state. This should blow a hole in anyone thinking a vaccine might result from accelerated testing done in China. The World Health Organization (WHO) now sporting a tarnished reputation because of its cozy relationship with China, has just come out stating there is currently no evidence that people recovered from covid-19 are protected from a second infection. Because of this it now is advising against the idea “immunity passports” will work. Many experts expect this to be an issue for at least the next 18 months.

Government failures appear to have coupled with acts of government overreach, this means taking advantage of the crisis to extend control over their populations. Some rather overzealous tactics and a massive propaganda campaign has been unleashed upon us to convince us what they are doing is for the greater good. Reports of heavy-handed enforcement by government thugs, drones watching us from above, and other kinds of beefed-up surveillance have resulted in putting hundreds of millions of citizens under a form of house arrest. This has conditioned the masses for similar incarcerations in the future and goes far past "shades of totalitarianism." They have even incorporated and leveraged the ever-present smartphone as an ultra-powerful surveillance device.

Circling back to the economy, as expected, this crisis has impacted some people far more than others. This post is to focus on that point. as far as workers go, as usual, government workers have for the most part been sheltered from the storm. Some sectors of the economy have been decimated by social distancing and the shutdown of what has been deemed non-essential businesses. A few high profile standouts are, airlines, cruise ships, and sport and concert venues. Before this is over, the government's reaction to covid-19 will most likely prove it cannot clean up the mess it creates by simply throwing money at it.

Following the financial crisis of 2008, governments and bankers have joined together to form the "Financial-Political Complex." The bailouts they have endorsed have become a threat to our financial system. For over a decade the actions of this group have destroyed true price discovery and increased inequality. While this alliance recently halted and reversed the carnage taking place in the stock markets it did little to solve the core issues we face. Now with politicians from states and city governments that have mismanaged their finances for decades are calling for a bailout which will take the nation farther down this rabbit hole.

Still, much of this pain has and will be felt in the private sector. This event will be particularly harsh for most of the 30 million small businesses stretched out across America. The PPP set to aid these businesses has been a dismal failure and that is not expected to change even when more money is poured into it. Ninety percent of America's businesses employ less than twenty workers but in total, they count for over 54 million jobs. These companies often do not have the deep pockets or ability to borrow money to get through these rough times. This means we can expect a domino effect to develop as they close and many default on existing obligations such as rent and money owed to their vendors. Expect this to be a drawn-out process that will linger for some time.

The legacy of this pandemic will be a high level of long-lasting unemployment not witnessed in decades and ballooning deficit spending. Already we are seeing the term "helicopter money" thrown around and calls for more. This refers to unconventional methods used to get money into the hands of people that will rapidly put it to use. Whether to buy products or pay bills it is often seen as a way to kick start a stalled economy in need of a boost. Unfortunately, the world will soon see that it is a very inefficient way to achieve economic growth.

Rather than stimulating activity where needed most, helicopter money tends to get sucked up by those who need it least. Big business, the bankers, and the crony capitalist will be the big winners coming out of this world-changing event. Paying people not to work is not the way to build a strong economy. As we go about reopening the economy, the long term economic ramifications that will emerge from  the events of the last few months will haunt us more than most people can ever imagine. The middle-class is the big loser, we the masses are again paying the price for bailing them out


Footnote; Hopefully populations will learn from this we have become a society of slaves and freedom is just a word unless governments are held accountable. The control over the individual will become complete as they move us towards being a cashless economy. This translates into where we will be unable to buy food, may at any moment have our ability to message others cut, and will be forced to rely on autonomous vehicles to deliver us to our destinations. The article below delves into just how fast the noose is tightening around our necks.
https://brucewilds.blogspot.com/2019/01/power-of-orwellian-state-almost.html
Posted by Bruce Wilds at 10:55 AM