The Broken Supply Chain, Russia And China Will Continue To Cause Chaos 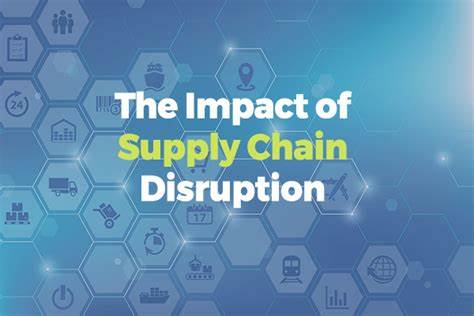 Those hoping the broken supply chain would rapidly begin to repair itself should prepare to be disappointed. In our complex interdependent world, we have found a broken link in a supply chain can have a major impact on both prices and the flow of goods. It now seems that for several reasons, the international supply chain crisis that impacted U.S. logistics firms, retailers, and consumers could intensify this summer.

The only good thing about the supply chain mess is that it gives politicians another thing to blame soaring inflation on. Of the several supply line factors now about to descend upon America is the possibility of a strike by the West Coast union dockworkers. Their contract is set to expire at the end of June. This means the 22000-union-workers at-29-west-coast-ports have a great deal of leverage.

The last time the union and shipping companies negotiated a contract was in 2014. At the time, a labor slowdown nearly brought activity at the Pacific ports to a standstill. A strike at this time would be devastating. With inflation currently soaring, they most likely will hold the feet of marine terminals to the fire when it comes to replacing their existing contract.

On a recent podcast, Tom Luongo the voice behind the Gold, Goat’s ’n’ Guns blog and podcast put out the astute observation that China's shutdown of cities due to a few Covid cases could be another way for China to  support Russia without stirring America's outrage. Luongo also does an excellent job of verbalizing a few of the thoughts I have that spill over into the propaganda war now being waged upon America.

An example he used is how the media is now referring to the cities in Ukraine by their Ukrainian names rather than the way we have always pronounced them. It could be argued this is to give more substance to Ukraine than it deserves and whitewashes over the fact Ukraine has always been a failed state. As for his view of the Biden Administration, he uses the term, "purposely incompetent." Here is the link to that podcast which is particularly interesting at the 48-minute area, https://kunstler.com/podcast/kunstlercast-356-ton-luongo-lays-it-all-out/

So far the lockdown in China imposed by CCP bureaucrats late last month has failed to halt the worst Covid outbreak in two years from spreading. The rise in cases has resulted in authorities expanding the scope of what was supposed to be a short-lived staggered freeze to cover entire cities. With the resurfacing of these lockdowns which last week were again massively expanded we should expect to see more stress on supply chains.

The claim our so-called leaders are acting purposely incompetent could be based on the crazy and possibly hard-to-follow notion that the real goal of sanctions placed on Russia is to drive prices even higher. An article Authored by Kit Knightly via Off-Guardian.org, delves into this idea being floated by some tinfoil hat conspiracy theorist. This is where the question of whether the real target of soaring oil prices, energy, and food crises is us. It is easy to argue even higher prices are on the horizon and we are in a full-blown economic war with currencies and trade being used as weapons. This signals a wild ride ahead, today, even the Russian ruble has already started recovering from the steep dip created by Western sanctions and has returned to almost pre-war levels.

Beneath the surface of geopolitical issues that continue to simmer we see the inflation blame game now in full play while the Fed is raising interest rates. While most people think the world elite, politicians, and such, are simply steering us forward, it is possible to make a case that this is all part of a bigger scheme to get the masses to agree to more control. As the masses get poorer from inflation they will be more inclined to go along with any half-baked scheme floated before them that promises any kind of relief.

It should be noted even before the war in Ukraine, the ECB had started to admit Europe has a serious inflation problem. After years of the central bankers claiming they wanted more inflation and flooding the economy and financial markets with credit, we now see them busy using covid and Putin as scapegoats for inflation. Historically, not just over the last decade but over the last fifty to a hundred years or so, it seems the bigger the role of government in the economy, the bigger the problems. Now it is becoming clear that too many bankers in the kitchen of global finance is also bad for us.

Footnote: Peter Schiff goes off on an interesting inflation rant about 18:30 minutes into his podcast. The link of which is, https://www.youtube.com/watch?v=Xm3puxneKtM

This blog is not written for money
or profit but as a way to share ideas
and thoughts. If you liked this post
feel free to E-mail it to a friend
or join to receive future articles.