Predictions Of The Dollar's Demise Are Likely Premature 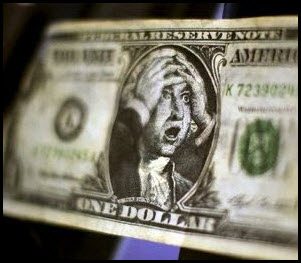 Predictions of the dollar's demise are likely premature and overblown. This post is in response to the rising interest in both precious metals and cryptocurrencies. Several factors are driving this trend. One is the idea governments have targeted cash and wish to move us towards a "cashless" society where they control our every move. Another is rooted in the idea inflation is about to raise its ugly head as currencies are debased.

I contend that for several years currencies have been trading in a hyper-manipulated state. It should be noted that fiat money is often sheltered from the storm of volatility by both politics and because it exists in a rather closed system. Wealth is contained within this system of fiat money by laws and rules that discourage freedom of movement. It is the coordinated collusion of the major central banks that have allowed this charade to exist. The fact it has not been recognized or acknowledged does not alter or guarantee the system will continue. The failure or major repricing of any of the world's four major reserve currencies will destroy the myth that major currencies are immune to the fate that has haunted fiat money throughout history. When the nations granting these currencies prove unable to control their budgets history shows their currency is destroyed and crushed under the weight of debt.

One thing the global economy doesn't need with all the uncertainty that is currently floating around is unstable currency markets. When you consider just how destabilizing currency swings can be it is easy to see how a strong dollar could obliterate the global economy. It should not be a surprise in our current situation that behind the curtain central bankers could be busy manipulating currencies so they trade in a narrow range that will not rock the boat.

Over the years countries have become very adept at coordinating economic policy, currency swaps are only one of the tools they use, this has now even extended to investing in stocks. When the dollar began to soar back in late 2014, fear began to rise and concerns grew about the stress it was causing in countries that owed a great deal of debt that would have to be paid back in dollars rather than their own currency. This has caused Fed Chairman Powell to attempt navigating a course that doesn't cause the dollar to strengthen and devastate emerging markets. By doing so the Fed has created a situation that allows the dollar to be used as a global prop.

As far as the idea that China and its cohorts are tanking the dollar because by reducing their holdings of U.S. Treasuries in order to support the yuan, their ability to carry out such a scheme is questionable. We must remember the world currency market is a complicated place full of paths that fall away or come back on themselves and many of the tools used are like a double-edged sword that cut both ways. In the case of China, capital is sneaking and flowing out of the country faster than the government can create new ways to bolster the currency. Sadly for them, it is flowing into America strengthening the dollar even more. Adding to China's woes is that as their currency falls they will hear more calls from Trump supporters to place duties and tariffs on their exports to America in an effort to level the playing field and reduce the trade deficit.

Refrain from calling me Captain Obvious when saying that currencies are trading in a false paradigm and investors should get ready for a rude awakening when currency values shift. A dam has been built to protect market stability but pressure is building and when it breaks it will wreak major damage. Part of this is constructed upon the fallacy we have been given and accepted that a major currency cannot fail or collapse. This will only become more apparent as concern over the future of both the yen and the euro become more of an issue. Both the yen and the euro have major problems going forward and while people point to the fact that behind the dollar America stands with a rapidly growing national debt it is nothing compared to the issues Japan and the Euro-zone face.

The different growth paths are a symptom of a general problem that has haunted currency unions for centuries. Competitiveness and productivity develop at a different pace in different countries. Over time, this leads to large imbalances in growth and a shifting of wealth among the members of a currency union. When the dollar union of the U.S. threatened to fall apart during the Great Depression because of the different economic conditions and unequal potential apparent between states, the federal government found it necessary to enact federal income transfers from prosperous states to aid ailing ones. The federal budget rapidly increased and this practice of income transfers from one state to another to bind the states together as a union became permanently embedded in the American system.

While in the United States a no-bailout policy of crisis-hit states that had been enacted decades ago remains, our "inter-system wealth transfers" has contributed that "special something" that the Euro-zone completely lacks. Inequality has a way of growing and must be addressed early, After a certain point, it becomes too late to implement such a system that transfers wealth from the most prosperous to the most needy because some people feel cheated and others resentful. The bigger a debt problem and inequality is allowed to grow the more people and institutions suffer when they become the victims of a default. Greece has fallen and continues to suffer the consequences of this while much bigger countries like Italy and Spain are teetering on the brink.

During the last several years the question of how to exit the Euro-zone monetary union and the euro has become an important economic issue. Uncertainty and fear relating to its costs tend to discourage political leaders from taking the risk and decisive steps towards an exit but if one or more sizeable countries bolt from the shelter of the euro or the Euro-zone the currency could quickly unravel. A major cause of the Euro-zone problem is growing inequality among its members exacerbated by the lack of system-wide bank protection which causes money and wealth to flee the weaker countries and their failing banks. Japan faces an entirely different problem while national debt is an issue for the central banks that issue both currencies. Japan's debt is much larger and the country faces a demographic crisis that leaves it forced to support a population comprised of citizens far too old to work.

These problems give credence to the possibility that both the euro and the yen will fail at some point and if they do it is very likely that in our modern era, where wealth leaps across borders at the push of a button, their death will be fast, and swift. Like many Americans, I have railed against our growing debt and questioned whether it would destroy the dollar, however, when looking at the miserable alternative currencies before us the dollar is without a doubt king. We must not underestimate the advantage the dollar has as the world's reserve currency or the size of debt floating across the globe comprised of dollar based-agreements. If the dollar proves victorious in the currency wars and is indeed the last major currency standing the people of America will reap the benefits of a game well played or just plain luck.


Footnote;  If you have read the above article in its entirety I urge you to not nitpick or respond with a knee-jerk reaction. To say this is a complex issue is an understatement and I would be interested in your thoughts. I recognize those interested in pursuing a New World Order will gladly throw us under the bus for fun and profit. Still, shifting currency values are a big deal.