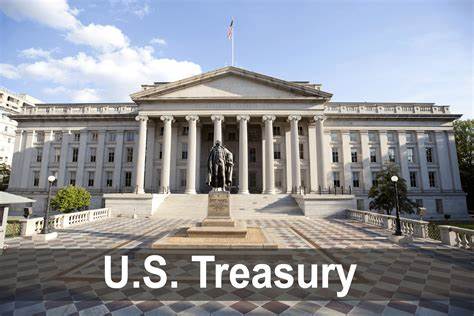 If the U.S. Treasury market dries up, it may signal a Hindenburg moment that spills over into derivatives and the financial system. Reuters reports that Bank of America has warned rising illiquidity in the $14.8 trillion U.S. Treasuries market is an issue for concern. This comes as government bonds  experienced their worst week in years as the Fed's interest rate hiking cycle continues.

Analysts at Bank of America are worried about the state of the U.S. Treasury market. “In our view, declining liquidity and resiliency of the Treasury market arguably poses one of the greatest threats to global financial stability today, potentially worse than the housing bubble of 2004-2007.” They noted that if the Treasury market really hits the wall, the effects could cause even greater disruptions to the U.S. economy than those seen in the financial crisis over a decade ago....

While few Americans are aware of this, the US Treasury market is generally viewed as the deepest and most liquid securities market in the world and it plays a critical role in the global economy. It is linked to the Federal Reserve's implementation of monetary policy. Despite its importance, the official sector has historically had limited access to information on cash market transactions. This makes it difficult to fully measure the market's structure and size.

So, is this a big deal? Yes, it kinda is. Those in the know say declining liquidity in the US Treasuries market represents the biggest systemic risk to financial markets since the 2007 housing bubble, if not bigger. The 10-year bond is often used as a proxy for many other important financial matters, such as mortgage rates. It also tends to signal investor confidence in the economy. The fact that many derivatives are tied to this market creates a situation that screams contagion. With this in mind, consider this "an alarm bell" signaling problems ahead.

Treasury securities are loans to the federal government their yields are tracked by investors for many reasons. Treasury Bills are loans to the federal government that mature from a few days to 52 weeks. A Treasury Note matures in two to 10 years, while a Treasury Bond matures in 20 or 30 years.23. The 10-year Treasury yield is closely watched as an indicator of broader investor confidence. Treasury bills, notes, and bonds carry the full backing of the U.S. government and are viewed as one of the safest investments available.

The US Treasury sells bonds via auction and yields are set through a bidding process.  When confidence is high, bonds become more valuable even as yields fall. As perceived risk increases, as in our current market, investors demand a higher yield in return for accepting greater risk. This confidence factor reverberates across the world financial system and carries with it huge geopolitical consequences. In short confidence in the US Treasury market is essential for the stability of the global financial system.

The Group of 30, or the G-30, a private, nonprofit international body composed of academic economists, company chiefs, and representatives of national, regional, and central banks said in a July 2021 report, "The US Treasury market is the single most important financial market in the world, as Treasury rates are a fundamental benchmark for pricing virtually all other financial assets."  This means, that confidence in the US Treasury market is essential for the stability of the global financial system.

Rather than going into a deep explanation of this market, the crux of this post is to let you know this is happening and of its potential to disrupt "the force," if I may use a Stars Wars term. This is a big deal because it is directly connected to true price discovery which has been absent from many markets for a long time. Here are three very important words, interest rates matter. Two other words we should remember are liquidity matters. Without liquidity, markets cease to function.