Jackson Hole, More, "We Intend To Be Fair But Firm." 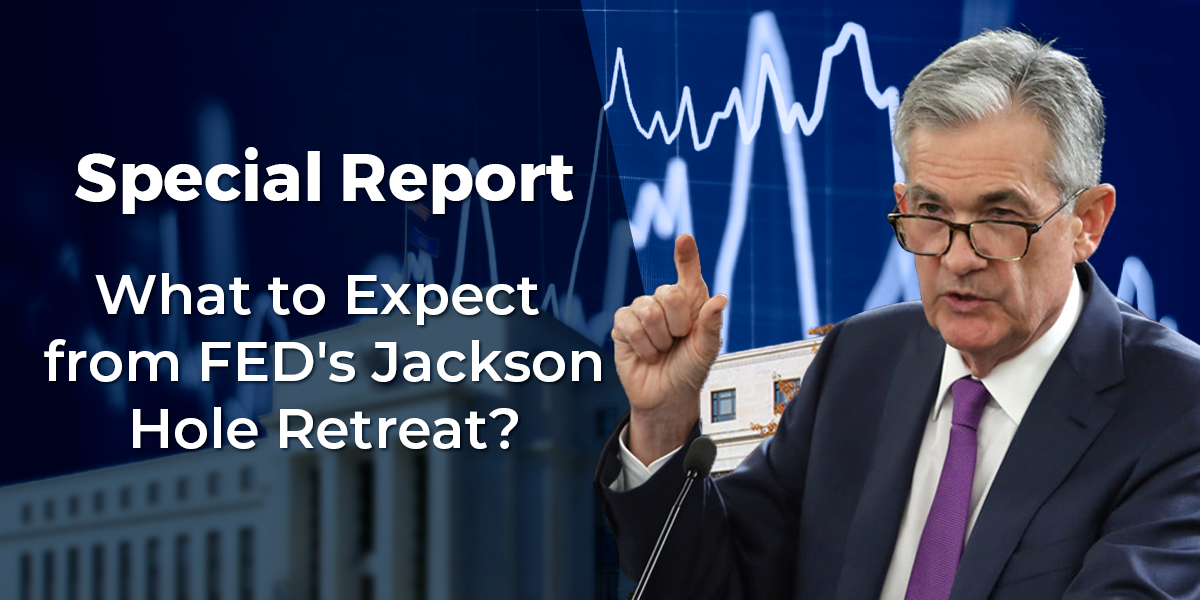 Expect more of that same old speech, "We Intend To Be Fair But Firm." These words used to explain policies are used to create an impression of stability and strength rather than detail the way forward. Many variations of this well-worn line exist. examples are, "we will move cautiously in a prudent manner" or "our actions will be data dependent."

The real question is, where's the beef? Those expecting clarity and transparency to flow out of Jackson Hole, Wyoming will most likely be disappointed. It is likely Powell will use this closely-watched Jackson Hole speech to stress that the central bank is going to bring down the high U.S. inflation rate even if it means a recession. The crux of his message being they will do this even it if means weaker short-term growth. After parsing every word coming out of his mouth do not expect to find any answer for fixing the mess they have created.

Staying on message, central banks continue to say the return of inflation to 2% is critical to achieving maximum employment and growth on a sustained basis. The recent minutes of the Fed’s July meeting confirmed this point, but Markets have failed to take to heart what it really means if the Fed embarks on such a course. In truth, more attention will be focused on how he says this and his posturing than anything else, and expect the media to spin his words in a way that reassures us all.

Yes, they will tell us the Fed will move forward in a "fair but firm" way. Still, as of late, more attention has been focused on the idea when things get tough the Fed will panic and quickly "pivot" and return to quantitative easing. Do not expect Powell to talk about that possibility it simply won't be discussed or confirmed. When all is said and done this will most likely be a nothing burger to which markets may or may not overreact and the world will go on while our public servants suck down their catered dinners and fine wine.