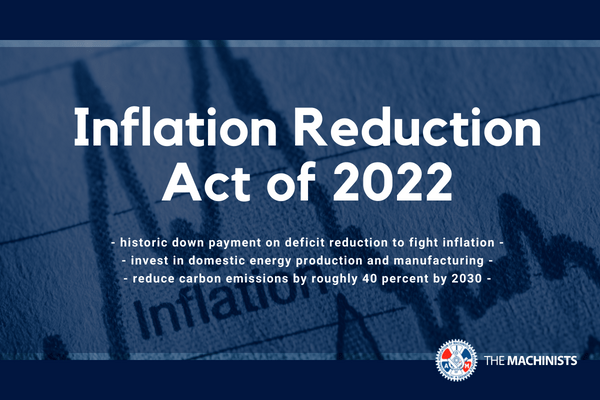 Anyone pleased about the type of legislation Washington has come to see as normal does not understand what it means to be responsible. Huge bills containing hundreds or even thousands of pages of print where the devil in the details can be hidden from the minions are far too common. Bills joining and including several unrelated issues seldom make sense. It seems more like a wish list of things that would never get through the process on their own suddenly become more reasonable when coupled with other unimpressive ideas. Most of the large spending bills being passed in Washington deserve our condemnation. While the news put out by mainstream media is busy saluting Biden and the Democrats for passing the latest "groundbreaking and historic" monstrosity they mention but fail to highlight the fact it was totally partisan. Not one Republican Senator voted for it. In short, this implies it is the type of legislation that only half the country or voters would support.

Its supporters claim this bill aims to curb inflation by reducing the deficit, lowering prescription drug prices, and investing in domestic energy production while promoting clean energy solutions. Sadly, the cost for this monster is also skewed and not evenly shouldered by all. Not only is there some dispute as to who will get stuck paying for it when all is said and done, but do not be surprised if it cost more than planned and is far less effective at meeting its goals than promised.

Even the name of this legislation has drawn criticism for being misleading. The Inflation Reduction Act of 2022 is not so much about reducing inflation as it is about, other things. Some people are calling it a landmark climate, health care, and tax package. In truth, it does a lot of things at great cost that many Americans don't necessarily agree with. The Senate Democrats put out a one-page summary of the bill touting all the support it received. If it was overwhelmingly supported, why did it not get one Republican vote in the Senate?

As for actual inflation reduction, the Tax Foundation estimates that the Inflation Reduction Act would reduce long-run economic output by about 0.1 percent and eliminate about 30,000 full-time equivalent jobs in the United States. It would also reduce average after-tax incomes for taxpayers over the long run. In fact, the Tax Foundation claims this bill may actually worsen inflation by constraining the productive capacity of the economy.

One glaring problem is that it pushes Americans into electric cars whether they want them or not. The biggest issue with this is the whole premise that electric cars will solve the world's environmental problems may be fundamentally flawed. A great deal could be done to improve the MPG we get on gasoline-fueled vehicles and the way we use them. Regardless of what many voters think, through subsidies, it seems those in charge are hellbent on pushing electric vehicles down consumers' throats under the idea it is for the greater good.

The idea Washington will utilize this law to bargain down prescription prices for all Americans is also hogwash. This legislation simply caps seniors' out-of-pocket prescription drug expenses to $2,000 per year, and in four years will enable Medicare to negotiate the prices on 10 medications. As for all those people in America with diabetes, the final version of this bill that was passed by the Senate caps insulin prices at $35 a month for Medicare patients only.

Those unimpressed with how Obamacare has performed will be annoyed to find this legislation also pushes back for three years the massive increase in Obamacare premiums that were set to move higher in January. This means the enhanced federal tax credits to save millions of people an average of $800 a year on health insurance premiums on the Affordable Care Act will remain in effect. This highlights the fact this does not reduce inflation it merely kicks the can down the road by masking the true cost of services by transferring wealth to subsidize their cost.

This bill is another case of a slight majority shaping society and  transferring wealth through subsidies and edicts from high. The best thing about The Inflation Reduction Act is that its creators cannot praise it as being passed with broad bipartisan support. Again, I point to the fact not one Senate Republican voted for this 430 billion dollar bill. In some ways, its passage personifies Washington at its worse.

The icing on the cake for many taxpayers that already feel their freedom is slipping away as they wither under thousands upon thousands of archaic tax laws. The bill will also give $80 billion to the IRS to expand its audit capabilities, as well as a bevy of technology upgrades. The big issue is while Democrats hail the passage of this bill as a big win it is in all honestly, no way to run a country.