The Narrative Of Housing Shortage Beginning To Crumble 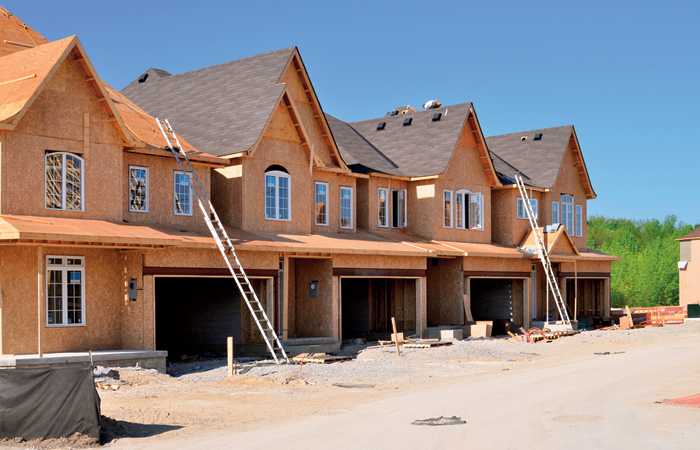 The housing market in America is not one but many markets that generally share a few common threads. In America, the government, coupled with a slew of builder and Realtor associations controls the housing narrative. The truth is what they have been telling and selling us is generally based on their self-interest. Owning your home has pros and cons and is not the best option for everyone.

With mortgage rates rising, it appears we are witnessing a key reversal moment in the housing sector where FOMO vanishes and is replaced with the idea I'm glad I didn't buy. The narrative we have a housing shortage is begging to crumble. It is likely many buyers are shifting into a wait-and-see mode. The false housing narrative of shortages is breaking down. The cheap money flowing from Wall Street has stopped flowing in and in some places has begun to retreat.

Whether this will be a short-term dip in prices or develop into a situation that lasts for years is difficult to predict. Just a few of the factors feeding into future prices of housing include interest rates, property taxes, insurance costs, maintenance, and the incomes of people living in the area. Incomes and interest rates are huge factors when it comes to affordability. This is where the real problem is and the lack of an easy fix that will make money for the big boys that drive our economy.

Housing prices can surge during a bubble but rapidly retreat. It appears we have reached that apex and while cheap or inexpensive housing is difficult to find overall plenty of housing units exist if people are simply willing to clean them up. Often this means lowering their expectations of what they deserve, the reality is not everyone can afford or live in a brand new house.

It is a recent development, meaning just in the last few decades, that young couples and singles think they need or should be living in a several thousand square foot house with all the fixings and three or more baths and bedrooms, an attached garage, and more. Yes, the average size of new homes has grown while the size of families or the number of occupants has declined.

Population shifts and the media hype have also added to muddying the housing picture. Housing envy, the desire to live like the Jones is driven by images of most families living far better than the average American. Whether it is in a commercial, film, or on the news, few people are put before us that live in a dirty cramped shit hole.

The sad fact that people cause most of their own problems tends to be overlooked. If a person wants a nicer place to live there is a thing called paint and another item called a broom. The number of empty and underutilized houses in older neighborhoods stand as a monument to our government's failed housing policies.

Investor demand and massive building activity in various areas of America will prove to be a destabilizing influence on prices going forward.  Overall, one of the largest factors remains the fact houses are a tangible asset and may prove safer than the paper promises most people consider as having value. We must also remember home-ownership plays directly into the wealth effect. Housing values impact how people feel about the economy and has a huge influence on spending habits.

All the above factors feeding into this important sector of our economy create a murky picture for the future of housing. In an economic downturn of real magnitude, a reduction in household creation where people double or triple up is very likely. Across America, we have a huge number of large houses and the consolidation in the number of households can rapidly reduce demand when people move in together. One thing that is clear, people should take a cautious approach when they decide to make one of the biggest purchases of their lifetime.

Footnote; Below are links to other AdvancingTime articles on housing. Comments are welcome.