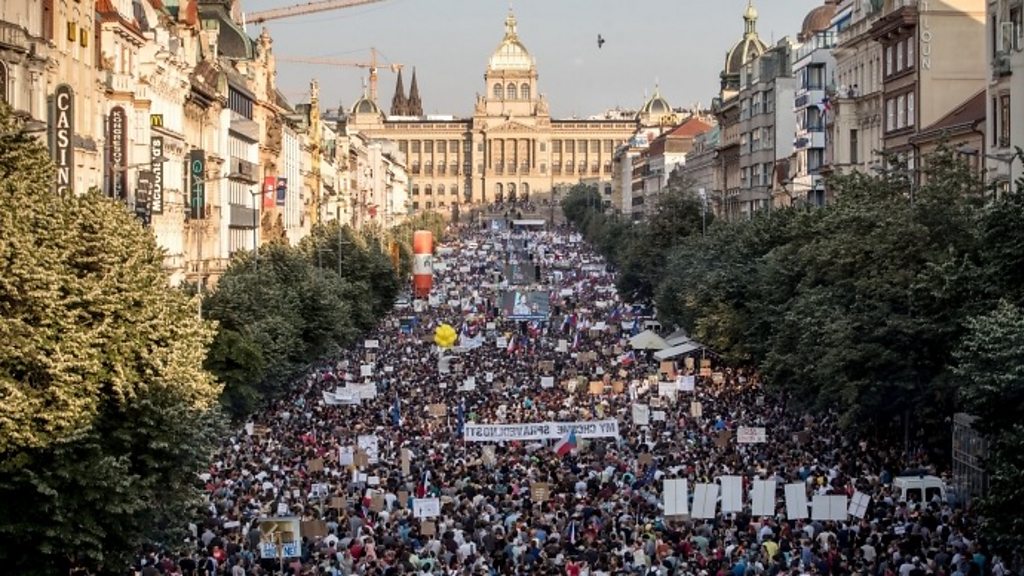 Mankind faces a toxic mix when it comes to protecting our freedom. Big companies are predatory, big governments are stupid. The thing they have in common is they both want more control and power. China is a good example of trying to combine both, this experiment however seems to be crumbling before our eyes. Yes, where the powerful forces of global companies and big governments meet is at the intersection of Globalization and the World Economic Forum's vision of the future.

The whole concept of people power or that the masses have at any time the ability to just say no is constructed around the rather utopian or optimistic view that people can agree on what is in their self-interest. In truth when you push away the emotional high garnered from the vision of a quick clean non-violent rebellion, we are the underdog in this ongoing struggle for control of our lives. History shows the so-called masses are seldom able to come together on anything.

Keeping us divided and docile is a tool used to prevent unrest from boiling over and those in charge use it well. When people do rise up, achieving reform is more difficult to accomplish than simply promising it. The head may change but it often inherits the same old body of government workers that are resistant to change. True improvement tends to flow from evolution rather than revelation. The reason rebellions fail is often because those rebelling generally replace one bad government with another.

The idea that a large government hanging above us to regulate our lives will solve our problems has proven to be a fallacy. It could be argued the larger governments become the less responsive they become. Government bureaucracies tend to get bogged down in their mission to serve the people. They also have a huge problem balancing their mission to serve with their natural inclination to extend control over just about everything including our lives. This is often done under the claim it is for the "greater good."

Mega global companies and big government are the two largest threats to our freedom. Throughout history, monopolies of any kind have demonstrated a natural propensity to abuse the people, and governments have exhibited the ability to do dumb things that benefit the few rather than the masses. We see this in their inclination to rush to war and how they rapidly include cronies in anything they do which corrupts the fruit of their efforts.

For years many economists have discounted how the greed of these companies has created and added to the many problems the world faces. For example, the main reason we have the military-industrial complex and companies rushing to make bombs is that by doing so, they gain power and add to their profits. This train of thought brings front and center the question of whether mega-global companies are working in the direction of taking over the world and even dominating governments and countries. This is in some ways an extension of the New World Order with CEOs pulling the strings. The power these companies wield is often masked behind the facade of a figurehead leader but it is very real.

Developments over the last several decades portend a shift in power from country to corporations. The argument can be made that corporations are well on their way to supplanting the state as the world's dominant organizational structure in the future. Knowledge is power and this means power is flowing to large conglomerates and internet companies. Those that are most prominent control the communication networks collecting and storing data on all of us. They are now in a position to manipulate us in every way.

Over the years, this has resulted in a blurring of the lines between business and state. It has also shaped the world as we know it. By weaponizing the data they have collected as propaganda in a battle for our hearts and minds technology companies may hold an advantage over national governments in persuading individuals to align with their interests. This translates into enormous persuasive power and could be the key to providing corporations with a path to ultimately control populations, governments, and even nations. As they have gained power it seems these powerful global entities often lead governments around by the nose placing and have taken to placing people in a position of servitude.

The idea that a world controlled by mega companies will be benevolent and kind ignores the greed and ambitions of those who control them and how little regard they can have for those ranked below them. In his novels, Orwell depicted how governments could take on a life of their own and criticized totalitarianism throughout his writings. Totalitarianism, the most extreme and complete form of authoritarianism is a political concept that prohibits opposition parties, restricts individual opposition to the state, and exercises an extremely high degree of control over public and private life.

As an added bonus for these behemoths they can hide behind the governments they control sucking the blood from them while remaining aloof and shielded from the evil they inflict. It is difficult to deny that in our modern world many large companies already have more power than most nations and their power continues to grow at an alarming rate. The bottom line here is the power of the people is at a strong disadvantage when it comes to reforming society. The reality of sustained "power to the people" is as rare as a unicorn in your backyard. When all is said and done, in their effort to control us, the ugly forces of monopolistic conglomerates and governments continue to turn people into pawns.