The View Russia Will Lose War In Ukraine May Be “Naive” 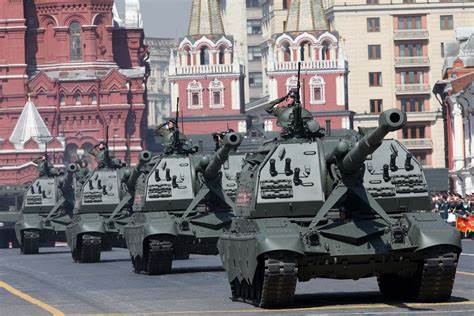 The current view being spread by mainstream media in America may be naive. Russia may still win the war in Ukraine. Like most people at times, I'm taken aback and astonished by just how wide opinions and views surrounding a certain event or situation might be. Like many of you just because I wish to listen to diverse views and the people expounding them does not mean I sign onto their ideology or am a fan.

Some of the recent overt speculation in the western press that Putin is sick and on the verge of death or losing power while ignoring the fragility and mental lapses of Biden leads me to discount much of what they are saying. The experience of living for over six months with my ninety-three-year-old mother-in-law that suffers from dementia has given me some insight into the loss of cognitive functioning. This extends to how they think, remember, and reason. It also includes some of the many tricks people use to mask or hide the embarrassment they feel when they lose their ability to remember.

One of the most pronounced methods is to ask general questions such as, how's the family, or did you have any trouble getting here. These can be used when you don't even know who you are talking to or where they came from. The fact is that due to changes in the brain, people living with dementia may sometimes experience hallucinations, delusions and/or paranoia. According to Heathman, MD, a Houston psychiatrist, “paranoia, or having false beliefs, is a common trait of later stage dementia.

If you were losing control of yourself wouldn't you be worried that people would take advantage of you? Still, having a paranoid individual in charge of your country is not necessarily a good thing. This could be one of the reasons Biden appears so obsessed with Trump and those that support him. It also could lead to unnecessary wars under the idea we must take them out before they "get us." For such a scenario just imagine using information backed by paranoia to justify a first strike on North Korea or Iran.

The last two paragraphs may have moved off topic, this was never intended to be a Biden hit piece. Returning to the crux of this post, I turn to Dr. Jordan Peterson. If there were a "Saying Things People Don't Want To Hear Award" it would go to Dr. Peterson. He is a professor of psychology at the University of Toronto, a clinical psychologist, and the author of the multi-million copy bestseller 12 Rules for Life: An Antidote to Chaos, #1 for nonfiction in 2018 in the US, Canada, the UK, Australia, New Zealand, Sweden, the Netherlands, Brazil, and Norway.

In the interest of full disclosure, I have never heard of/or read his book. What did catch my eye was an interview on Sky News Australia that lasted just under seven minutes. In the first minute, Peterson comes out swinging. He does this by making the startling statement that there is more than a bit of Hitler in all of us. Not wishing to create a "spoiler alert" for those deciding to watch the short interview it is still fair to call his prediction of Ukraine's future grave.

Peterson states any notions that the Russians are going to lose the war in Ukraine are “naïve. He then elaborates, “Or that we’re going to win,” he said. “I don’t understand that. What do you mean we’re going to win? What are we going to win here exactly? Dr. Peterson said even if Vladimir Putin allowed Russia to retreat from Ukraine, the country would be left in “smoking ruins.”

For Russia, victory could be declared if they are sucessful in pushing back the advancing borders of NATO. Peterson also delves into the whole idea of totalitarian states. He also points out that America and NATO, if limited by reason, may not be able to respond with nuclear weapons if Putin decides to unleash a "tactical" nuclear weapon. In my opinion such an event could well redefine modern warfare. The Peterson interview can be viewed at the following link.  https://www.youtube.com/watch?v=BnxxELn00gk

Peterson keys in on the fact you cannot win against someone you cannot say no to. We sold our soul to Putin for his oil and gas. Putin holds the best cards in that he controls the gas flow into Europe. This winter has the potential to be very very ugly. If anything, I failed to enter the word very enough times in that last sentence.