Intolerance - Remain Silent Or Be Branded An Extremist 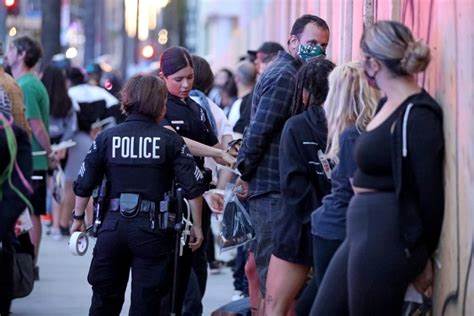 It appears we are rapidly approaching or have reached the place where we must remain silent or be branded an extremist. There is a growing trend of intolerance. In such an environment it is little wonder that many people have become less vocal and afraid to speak their mind. The source of this is rooted in a blatant disregard for the opinions of others by both those on the left and the right. Democracy as a form of government is far from perfect. Its greatest weakness is rooted in the ability of a small vocal group to force its opinions on others. Sadly, this is not something that is going to rapidly go away.

In a recent speech akin to something you might have witnessed in Germany or Italy before World War II President Biden demonized what he called MAGA Republicans. Biden labeled this group of Americans as dangerous extremists. The message was clear, anyone that expressed the views bantered about by former President Trump could be marked as an extremist. Those that do speak out under such a political framework are now part of a group that law enforcement officials target and might be inclined to place under tighter scrutiny or surveillance.

This growing fear of speaking out is not limited to America, we are seeing it in countries that claim to be free across the world. The tech giants and governments have been throwing fuel on the fire by adding to the feeling retaliation is a fair response to those we disagree with speaking their mind. The tech giants' effort to closely watch, silence, and censor those not marching in line with their desired narrative is a dagger in the heart of free speech. This effort is apparent when we hear about small fringe groups outside mainstream society threatening to block highways, shut down ports, and occupy state capitols if things fail to go their way. It even extends to harassing elected officials, we are hearing more threats from groups vowing to hound and badger members of Congress or the judicial system at their homes.

This started several years ago and ramped up when the term "politically correct" moved front and center. In the minds of some individuals if you say anything that they consider "incorrect" it justifies a harsh response. It has now extended to declaring saying something that could hurt the feeling of some individual or group could be considered "hate speech." As a result of this growing intolerance, people feel compelled to deny their opinions and remain silent.

The United Nations has weighed in on this subject since hate speech incites violence and undermines social cohesion and tolerance. It claims such speech is nothing new, however, its scale and impact are nowadays amplified by new technologies of communication. The impact of hate speech cuts across numerous existing United Nations areas of focus, from human rights protection, preventing atrocity crimes, sustaining peace, promoting gender equality, and supporting children and youth. The problem here is when hate speech is allowed to be defined by the ears of the beholder.

A sign of growing intolerance is seen in the mass arrest of nonviolent protesters by governments. It is important we remember the cornerstones of democracy are the  freedom of assembly and the right to speak freely. When these are trampled upon for any reason, the system is in danger of being cast aside.

This article is about the ability of a vocal minority to make people so uncomfortable they become silent. It is about how we should be appalled by those that justify violence, aggression, and force towards those that simply disagree with them. It is about how the threat you may be demonized if you say what you feel tends to breed silence. Watching this unfold is leaving a sickening feeling in those valuing free speech.

We should be alarmed by a survey taken by Cato Institute/YouGov that found most Americans say "the political climate these days prevents them from saying things they believe because others might find them offensive". The survey indicated that 52% of Democrats, 59% of independents, and 77% of Republicans now say they have political opinions they are afraid to share. Most people do not enjoy confrontations or being harassed and as a result, are self-censoring themselves. With the free exchange of opinions and ideas being the foundation of a free and healthy democracy the sign public discourse is being destroyed does not bode well for our continued freedom.